The Navy continues its surge to develop underwater drones 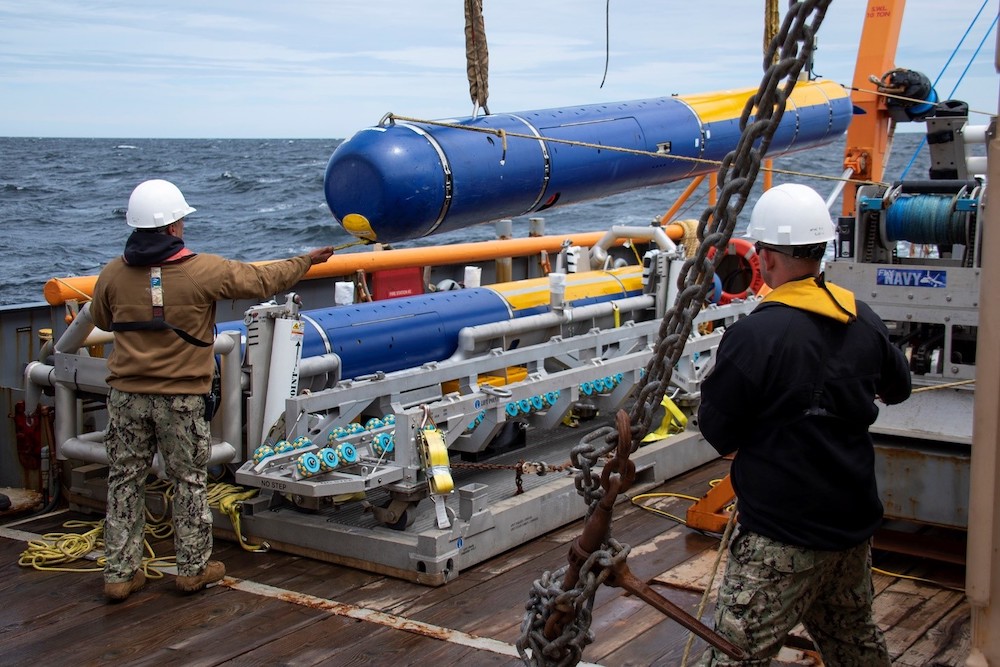 WASHINGTON – The U.S. Navy is continuing a surge in developing underwater drones even as its upcoming budget remains static, Navy budget estimates and other documents shows.

Small and medium underwater drone programs, including the Knifefish Surface Mine Countermeasures UUV, showed a funding increase of almost $40 million since  2019, making them the programs with the biggest increase in funding, Navy budget documents released last month show.  Programs focused on technology development and large drones experienced around $20 million increase in funding.

Apart from accelerating current drones’ capabilities, part of the 2021 budget’s funds will go toward developing new self-sufficient drone programs, including the further development of a drone prototype that will carry anywhere in the Arctic.

The push for more underwater drones comes as the Navy expects little overall growth in its budget in future years, making it more difficult to reach its goal of a 355-ship fleet in the next decade, according to Acting Navy Secretary Thomas Modly.  In the next year, the Navy will focus almost solely on readiness and technology development, he said, and the service will reallocate funds within the current budget to continue developing underwater drones, also known as unmanned undersea vehicles (UUVs.)

Tools to counter China and Russia

Peter Singer, a strategist and senior fellow at the New America think tank, said underwater drones will be crucial in future conflicts with China or Russia. These drones will extend the reach of the fleet worldwide and “can be deployed in ways that one might not risk a manned platform,” he said.

All service branches have adopted unmanned systems, but the Navy and the Marine Corps are the furthest advanced in their development and commitment to “rapidly grow its unmanned systems portfolio,” according to a 2018 report by the Government Accountability Office.

Recent Navy exercises have used the new drones. In December, an underwater drone was used to detect and identify objects on the ocean’s floor. And earlier this year, two new Navy Triton drones arrived in Guam, expanding the service’s reconnaissance capabilities in the Pacific region.

The Naval Sea Systems Command plans this summer to award multiple contracts for the design, development and production of medium-sized drones, according to government contract records. The drones will support expeditionary mine countermeasures missions with submarine-based autonomous sensing and data collection.

But the service’s efforts to advance its fleet may be affected before the new budget is enacted later this year. In a notice to Congress, the Department of Defense said almost $4 billion from the Pentagon’s FY 2020 budget would be used to build the wall on the southern border. Affected programs include shipbuilding, such as the Landing Helicopter Assault Replacement program and the Expeditionary Fast Transport, which will lose almost $1 billion combined, according to the notice.

“To be frank, it’s not helpful because it takes a ship out of a plan we’re driving toward,” Modly told the House Armed Services Committee in February.

The further development of drones would mean the Navy will have more platforms to rely on when engaging in future conflicts, rather than counting on the limited number of ships in service today, said Bryan Clark, a non-resident fellow at the Center for Strategic and Budgetary Assessments.

“[The Navy’s strategy is] just like if you are trying to play soccer or a football game: A team that has 20 players and the players all have different skill levels and different characteristics — if some are faster or slower and some are bigger and smaller — that’s a harder team to counter than a team that only had five,” he said.