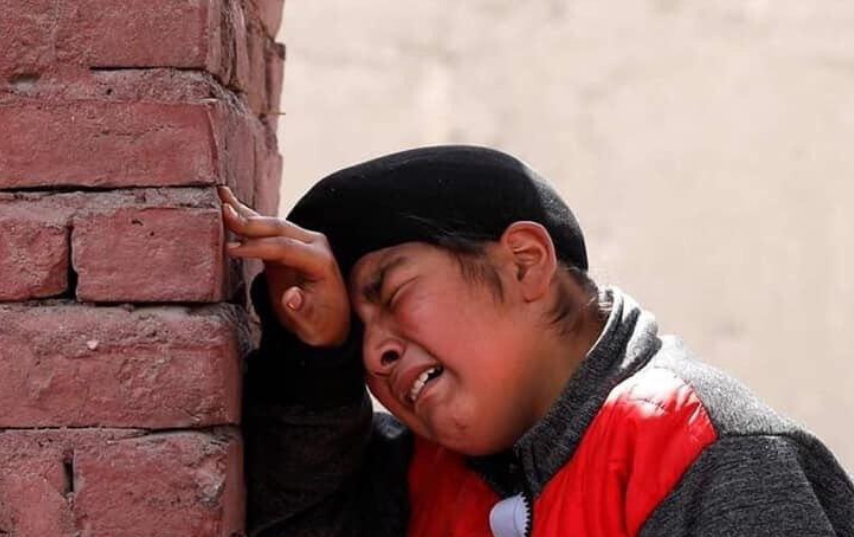 An Afghan Sikh boy mourns the victims killed in the attack on the Gurudwara (Picture by: Reuters)

The Sikh community in Afghanistan has sustained a series of attacks orchestrated by ISIS that killed 25 people, and a group of 26 human rights organizations is asking Congress for emergency refugee protection for Afghan Sikhs and Hindus.

“These recent attacks are part of a years-long pattern of violence specifically targeting them and forcing them towards a horrible choice of fleeing their homeland or dying,” Satjeet Kaur of The Sikh Coalition, a human rights group and a key signatory of the letter, said via email.

“Our letter points out several clear and concrete steps that the U.S. government can take,” he said, “both in terms of leveraging its relationship with the Afghan government….and changing our own policies (e.g. steps to resettle these families as refugees)”.

Calls to the House and Senate Judiciary Committees and the foreign affairs committees for comment were not returned.

While interfaith groups are rallying for resettlement of Afghan Sikhs, they understand that countries, including the United States, are currently preoccupied with the novel coronavirus epidemic.

“The COVID-19 pandemic is certainly restricting movement across and within national borders, which makes this particular situation all the more difficult and urgent,” Kaur said.

But Jasmeet Singh of United Sikhs, another of the organizations that signed the letter, noted that “terrorists don’t take a day off.”

“Religious persecution is the worst kind of situation anyone should be placed in. These (Afghan Sikhs) people are scared…they want to leave” he said.

Singh also said that ISI gave Afghan Sikhs a 10-day ultimatum to vacate the country. That alleged threat could not be verified.

On March 25, gunmen stormed a Gurudwara complex in Kabul where 150 members of the community, including women and children, had gathered to pray. The fighting went on for six hours, according to local media reports, after which Afghan forces managed to kill the attackers. The next day, the funeral service held for the 25 people killed by ISIS was disrupted by another explosion at the gate of the crematorium. No casualties were reported from that attack.

The Afghan National Security Directorate announced Saturday the arrest of Aslam Farooqi, leader of the ISIL (ISIS) affiliate group Islamic State of Khorasan Province, who it said was the mastermind behind the attack.

The arrest is a step in the right direction, but doesn’t do much to ensure the safety of religious minorities in the region, leaders of human rights groups said.

While the State Department has condemned the attack, no other action has been taken by the United States so far.

The U.S. is facing its own share of troubles in the region. After signing a condition-based peace deal with the Taliban, the U.S. is having a difficult time trying to facilitate intra-Afghan talks. In his latest visit to Afghanistan, Secretary of State Mike Pompeo announced a $1 billion aid cut to the country in an attempt to push the political factions in Kabul to resolve differences and participate in the Intra-Afghan talks.

However, the Taliban suspended all dealing with the Afghan government Tuesday, saying the meetings were “fruitless” as Kabul kept “intentionally” delaying the release of Taliban prisoners.

“Release of prisoners is a stepping stone for commencement of intra-Afghan negotiations,” Taliban spokesman Suhail Shaheen said. “Their release is delayed by one pretext and another. That is why the team was instructed to not participate in meetings.”

After the Taliban walked out of the peace negotiations, Kabul released 100 Taliban prisoners Wednesday. However, there is no confirmation so far if the Taliban will resume talks with the Afghan administration any time soon.

Shaheen confirmed that the agreement with the U.S. was “still intact.”