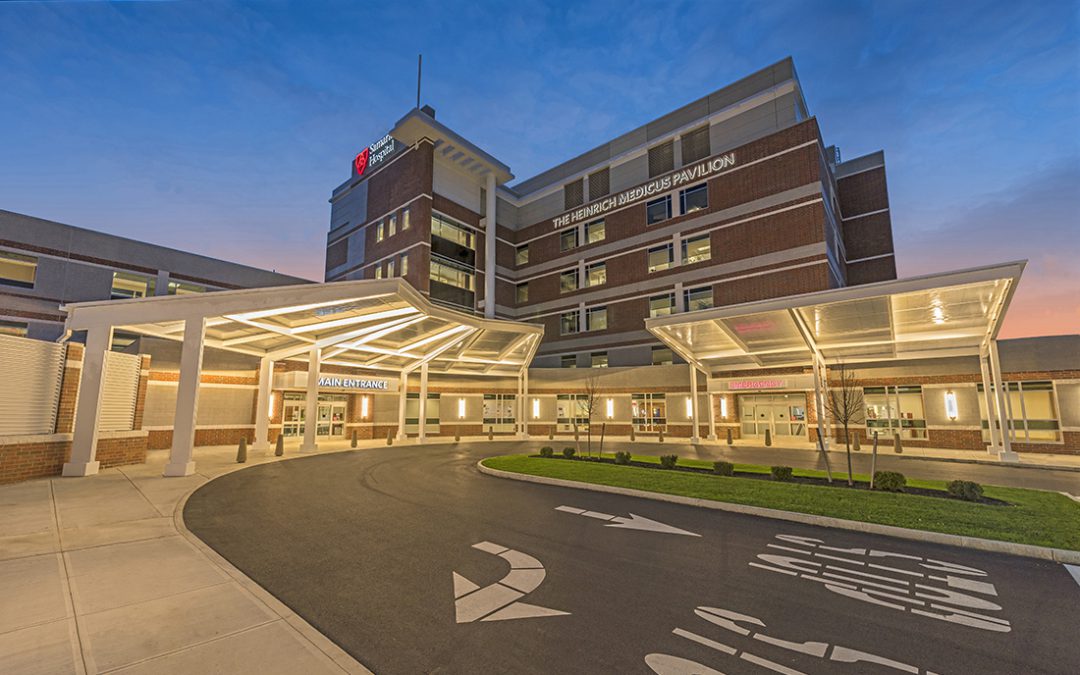 Samaritan Hospital in Troy, New York, has a nursing school. Its dean said that the school has to deny qualified applicants because there is a faculty shortage. (Photo courtesy of Courtney Weisberg)

ALBANY — The heroism of nurses who have been on the front lines treating COVID-19 patients could lead more people to pursue a career in that profession at a time when experts have been predicting there will be a shortage of registered nurses nationwide as Baby Boomers age.

But the call-to-arms, according to some nursing students, could also result in the number of people who pursue a nursing career to remain level or potentially decrease because of the risks health care workers have faced during the pandemic. 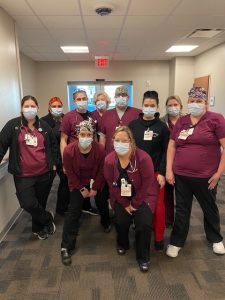 Nurses at Samaritan Hospital pose for a photo. (Photo courtesy of Courtney Weisberg)

Natasha Delehanty, a nurse manager in a medical-surgical unit at St. Peter’s Hospital in Albany, said she thinks that more people will go into nursing after the pandemic ends. Nursing was always an “unknown” career, she said, in that many people did not fully grasp what goes on in hospitals and other facilities, including residences, where nurses work.

“I think this pandemic has really opened up nursing to the world — to see the faces of nurses, to see the many different roles that nurses play, and I think hopefully to give respect to the nursing community,” Delehanty said. “So I think it has enticed a lot of interest in nursing.”

If her prediction is correct, it would ease current and future nurse shortages nationwide. The U.S. Bureau of Labor Statistics predicts that that there will be an average of 203,700 openings for registered nurses each year from 2016 to 2026. Ann Kurth, dean of the Yale School of Nursing, said in rural areas and under-served areas, there are “just way fewer nurses than it should be.”

Samaritan Hospital School of Nursing Dean Patricia Cannistraci said her school has had to turn away qualified students because there is a faculty shortage as teachers reach retirement age. But Kurth said she hopes more people will go into nursing after the pandemic.

“We certainly look for the next generation of wonderfully committed nursing students to come in,” she said. “They’re really needed now more than ever, and I think they’ll see that, and we certainly value it.”

According to interviews with a number of nurses in Albany, some think there will be an increase in people joining their profession after the pandemic, including Christopher Jordan, the acute care chief nursing officer for St. Peter’s Health Partners.

“I would expect that we’re going to see some bump in the number of applicants into the field of nursing as a result of this,” he said. “I think the press and everything that you’re seeing, whether it be on social media or it be in the traditional media and multi-medias, is really around the heroism of today’s nurse and heroism of the health care worker.”

In the Capital Region, Jordan said, he “wouldn’t go so far as to say there was a specific shortage” of nurses. The main nurse recruiting challenge for Albany health facilities is that young nurses are drawn to working in New York City instead of Albany, Jordan said.

Delehanty, the nurse manager at St. Peter’s, said hospitals also face the challenge of recruiting and retaining nurses because many have options for where they can work, including out-patient settings.

Taylor Lewis, a second-year student at the Samaritan Hospital School of Nursing in Albany, predicted that the same number of people or even fewer people may choose to go into nursing after the pandemic.

“I think a lot of people are really like frightened over something like this happening again so I think probably less people are going to want to be a nurse after this, just because they see what some of the nurses on the front lines are going through,” she said. “I think it probably will scare a lot of people.”

Brooke Starr, an incoming student at University of Michigan School of Nursing, similarly said she thinks less people will go into nursing, because it is “definitely a lot to take on” and people might not know what they’re getting into.

But for her, the pandemic has reinforced the crucial role nurses play in helping people.

“Now more than ever, I want to become a nurse, because I know it’s really, really needed,” she said. “If anything like this happens again in the future, if it’s still happening, I can be there and actually help and have a degree to make a difference, I guess.”