On a typical workday at Hillside Dairy in Catawba, owner Linda Ceylor is out of bed at 4:30 each morning, and not just because of the usual demands of a 40-cow organic dairy farm.

Ceylor said she’s up so early partly because it allows her to use the internet without fear of hitting data caps or reduced speeds — barriers to accessing the internet shared by many rural Wisconsinites, which have only become more challenging amid the COVID-19 crisis.

Like other rural residents, Ceylor is without access to wired, high-speed internet; instead, she has a satellite internet plan. She pays around $60 per month for the plan, which includes just eight gigabytes of data per month. A workaround for the data cap, Ceylor said, is that internet use from midnight to 6 a.m. does not count against her eight gigabyte total.

The six-hour window is the most “reliable time” to use the internet, when it’s not interrupted by snow or thunderstorms, or when it just periodically cuts out for days at a time regardless of the weather.

Amid the COVID-19 pandemic, Ceylor said, many more aspects of her day-to-day life and work are now internet-based. She checks her milk quality scores online, and video calls have replaced the in-person meetings for the many organizations with which she is involved, such as the KC Clovers 4-H and the board of the Wisconsin Farmers Union. However, when her satellite internet goes dark, she is left scrambling for a connection.

Pre-pandemic, “if the internet was down, I would make time to go to the library (to use WiFi),” Ceylor said. But now, libraries are closed, although in a pinch she could park outside to use the buildings’ networks. 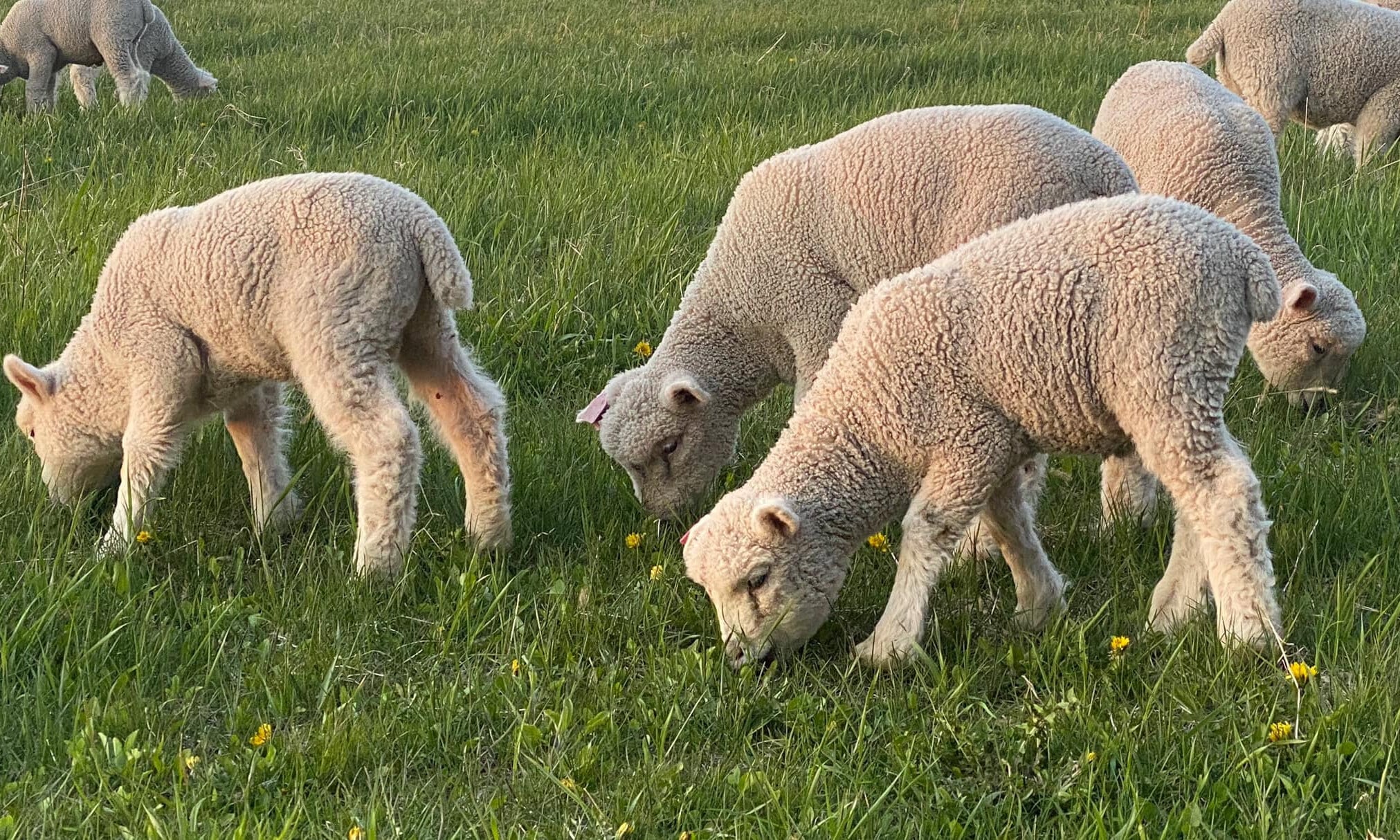 The pain of slow internet speeds is also felt by Caleb Langworthy, who owns and operates Blue Ox Farm near Wheeler outside of Eau Claire.

Langworthy raises sheep and cattle on his farm, and said his business relies heavily on the internet.

“The lion’s share of our business is selling our lamb shares online,” Langworthy said.

But in recent weeks, as the coronavirus has forced his wife, Lauren, who runs a nonprofit, to work from home, Langworthy said their slow, one megabit per second internet has been strained.

“We’re literally scheduling internet time,” Langworthy said. “She’ll send me a text at the start of the day and say, ‘I have Zoom meetings at 1 p.m., 3 p.m. and 4 p.m.’ And then I just don’t go into the house and check email or update the website … during those times.”

He said high-speed internet would “absolutely” improve their business because communicating with customers and updating online orders and the website “all take a lot more time when you’re just waiting for webpages to load” — which eats into valuable time working on the farm.

“I have more projects here than I have time for,” he said. “The one thing about farms is that there’s a never-ending amount of work.”

Rural Wisconsinites’ need for improved broadband access has been a growing concern for lawmakers in recent years.

At a congressional hearing last week about broadband access during the coronavirus pandemic, U.S. Sen. Tammy Baldwin, D-Madison, said “the COVID-19 crisis has laid bare the reality of how needed” broadband is in daily life.

“We have a new day with regard to the amount of use and reliance on broadband, high-speed broadband in particular,” she said.

Baldwin was among a series of lawmakers who introduced a $4 billion bill last week that would provide funding for WiFi hotspots, modems, routers and internet-connected devices to schools and libraries to help people get online during the pandemic.

The library in Hawkins, for example, would be able to purchase and distribute devices for use during the pandemic if it received funds through the bill. The bill does not include funding to expand broadband infrastructure.

In a statement last week, U.S. Sen. Ron Johnson, R-Oshkosh, said that “rural Wisconsinites must not be left behind” and that he is “continuing to work with my colleagues on broadband proposals targeted to help those who need it most, during the pandemic and beyond.”

His office did not reply with specific details about the senator’s broadband plans.

The House Democrats’ new $3 trillion emergency relief bill, which was approved by the chamber last week, includes $1.5 billion to support the same efforts as Baldwin’s bill. The legislation faces an uphill battle in the U.S. Senate, though, as Majority Leader Mitch McConnell, R-Kentucky, referred to the bill as “an 1,800-page liberal wish list” last week.

In the meantime, as the pandemic persists, Wisconsinites like Ceylor will just have to hope for good weather.