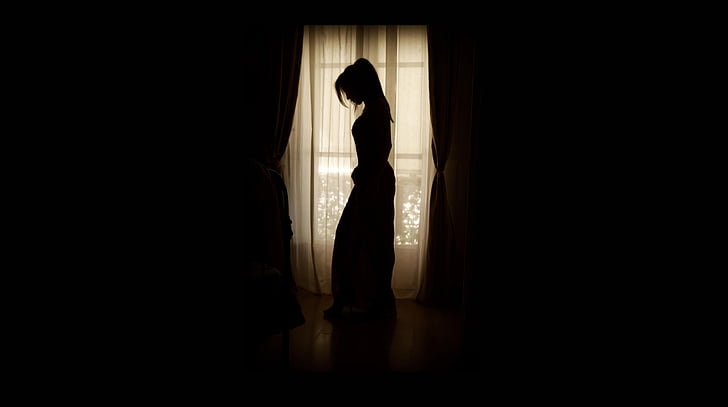 Maria Gomez cried while her children slept. She would wake up in the middle of the night with nightmares. The emotional turmoil of finally leaving her partner after years of verbal and physical abuse, compounded the isolation that came with Chicago’s stay-at-home order.

“It was like I was going through withdrawal,” Gomez, whose name has been changed to protect her identity, said.

When Illinois Governor J.B. Pritzker announced that the statewide stay-at-home order would go into effect on March 21, 2020, he did it with the intention of keeping the people of his state safe from COVID-19. The number of confirmed cases in the state was rising, with over 500 positive cases and five deaths, it seemed to be the safest option for people to stay at home. For the victims of domestic abuse, however, the home featured an even more immediate threat.

The number of domestic abuse cases appears to have dropped in recent months. According to Crime Reports from the Chicago Data Portal, there was a 46 percent decrease in reports of sexual assault and sex offenses since the stay-at-home order was issued and June 1, as compared to the same time span in 2019.

However, this dip in cases for a crime that is already under-reported can be attributed to the fact that victims have less ability to leave their homes to seek help.

“It’s always a difficult thing to live with an abuser,” said Renata Stiehl, Court Advocacy Program Supervisor at Metropolitan Family Services. “But you’re adding so many layers of tension.”

Gomez filed a police report and received a restraining order before the stay-at-home order was in place, but only because she left her home to get help.

“The main tactic abusers use is control and power in isolation,” said Heather Jaimeson, a Court and Victim Advocacy Coordinator in DuPage County. Jaimeson said advocates from her agency often would meet with victims seeking services in public spaces such as a library or church, somewhere where the abuser wouldn’t be suspicious if the victim left for long periods of time.

Now that those places are closed, it limits the window of opportunity for victims to reach out for assistance. “They don’t have a way to justify what they could possibly be doing for six hours without some retribution from the abuser,” Stiehl said.

“I was not trusted in any way,” Gomez said of her partner’s surveillance when they lived together. “I couldn’t have my phone.”

Some counselors are getting creative in adapting to find time to speak with their clients who have access to a phone.

“Grocery time is ideal,” said Damaris Lorta, Chief Development Officer at a Safe Place for Help in Lake County. Lorta says that counselors break up the sessions into more frequent ten or fifteen minute calls to adapt to the circumstance. “You come back with groceries, there’s no questions.”

While the cases reported to the police are down, some shelters are seeing dramatic increases in demand. A Safe Place for Help, one of the only domestic violence shelters in Lake County, Ill., saw the number of people they serve increase by 158 percent. The shelter went from housing 33 people to at one point having 85 people under their care. Lorta said it’s the highest capacity she’s seen at the shelter in her eight years working for the organization.

“We’ve gotten calls from individuals coming straight from the hospital to shelter, not because of COVID, but because of the abuse,” Lorta said. “Abuse that has happened because they are in the same space more than usual, so the physical abuse has increased.”

The organization had to seek alternative housing that would better comply with the Center for Disease Control’s social distancing guidelines, however that ran the organization a bill of $65,000 in one month. Different grants have helped fill the gaps, like the Chicago COVID Relief Fund and a United Way grant, after their population more than doubled it has still been hard to make ends meet. Both the HEROES Act and the CARES Act allocated funds for domestic violence victims and victims’ services like the National Domestic Violence Hotline when they passed in March and May respectively. The HEROES Act appropriated $1 billion for incremental housing vouchers for survivors, but shelters like A Safe Place for Help still struggle.

While socially isolated, many of the victims cannot physically gather as they would have in a traditional shelter to create a sense of community. “We have to make sure their mental health is ok,” said Christine Lucheck, the shelter director at A Safe Place for Help. Lucheck said they do daily check-ins and deliver meals and goods to their clients throughout the day.

Heather Jaimeson said her agency in Dupage County gave their clients tablets to use to connect to counseling services. However, this still limits some from accessing services. Jaimeson spoke of an 80-year-old woman she helped over the phone. “We’re like, ‘oh just go online and go to the website and you can start filling it out,’” Jaimeson said. The woman responded that she didn’t have a computer or access to the internet. “You have to be mindful of the things people just don’t have access to,” Jaimeson said.

Maria Gomez returned to her home after staying with family while she filed the police report and was granted a restraining order. While she knows she doesn’t want to be with her partner, she still wants him to get the help he needs to be there for his kids. “I know what it’s like to grow up without a father,” Gomez said. “I don’t want to see my kids go through that.”

For now, he waits in jail as their case makes sluggish progress through a court system that’s currently operating online.

In late March, Cook County Jail was deemed the biggest coronavirus hotspot in the country. Defense Attorney Matt Fakhoury said judges are factoring in the consequences of the spread of COVID-19 when making decisions. In April, Fakhoury’s client allegedly battered his wife. His child witnessed it and called 9-1-1. The client was arrested, charged and brought in front of a judge in bond court. The judge released Fakhoury’s client with an ibond, meaning he was released without having to pay bail after signing a statement promising his return to court, with permission to return to his marital residence. This release was on the condition that he not have any unlawful contact with his wife, meaning he can’t harass, intimidate or harm her, something Fakhoury admits you already cannot do. “So it’s basically saying, ‘Hey, you cannot commit any other crimes,’” Fakhoury said. “I don’t think prior to Corona that would necessarily be something you would get right out of bond court.”

Faukaury has seen delays in the progress of cases through the court, as well as a halting of different requirements asked of his clients. “You can’t really do community service online.”

About half of the participants receiving counseling services at The Center for Advancing Domestic Peace stopped attending counseling when their services switched to being exclusively virtual. “Everyone has not stayed in touch with us,” said Co-Founder and Executive Director Christine Call. The center is focused on helping those who have abused their partners commit to changing their behavior. Their clients include referrals from the Circuit Court of Cook County, adult probation and other social services who will often subsidize their fees.

The center requires that participants find privacy to be a part of the group counseling. “If they don’t get privacy they can’t participate,” Call said. “That violates the privacy of the others in the group.” Call recommended to participants who couldn’t be alone in their homes to take the phone conversation to their car, as long as they don’t drive.

Mike Feinerman, Program Director at the Center for Advancing Domestic Peace, recommended mindfulness exercises as coping mechanisms for participants. “One of the things that I think is really important in addressing someone’s abusive behavior is to learn to be present in the moment,” Feinerman said. “And to make sure that if you’re responding to something, you’re responding to what’s actually happening and not to a memory.”

Feinerman, who helps moderate the group counseling sessions, said that quarantine and isolation aren’t the only ongoing stressors. “This crisis has impacted a lot of our participants financially,” Feinerman said. “We do hear about the struggle that they [the participants] and others are having just trying to make ends meet.”

Finances are Maria Gomez’s primary concern moving forward. She was the breadwinner in her relationship, but like millions across the U.S. now finds herself out of work. She pushed back paying rent but will have to pay three months in full very soon. Her family helps by bringing pampers for her youngest child and pays her to babysit other children in the family. She goes grocery shopping on the weekends only if someone will watch her own kids.

It’s also been an identity shift for Gomez. “I’m honestly just not used to being a stay-at-home mom,” she said. There was a learning curve trying to adjust to zoom classes for her oldest child and not having anywhere to take them with the playgrounds being closed. She’s used to working 50 hour weeks and using it to get away from the stress at home.

Gomez journals every morning at 5 a.m. while her children sleep. This helps her cope. “That’s kind of what’s really been giving me my outlet to release everything that’s going on,” Gomez said. “Because it is hard right now, with the coronavirus, being stuck inside.”