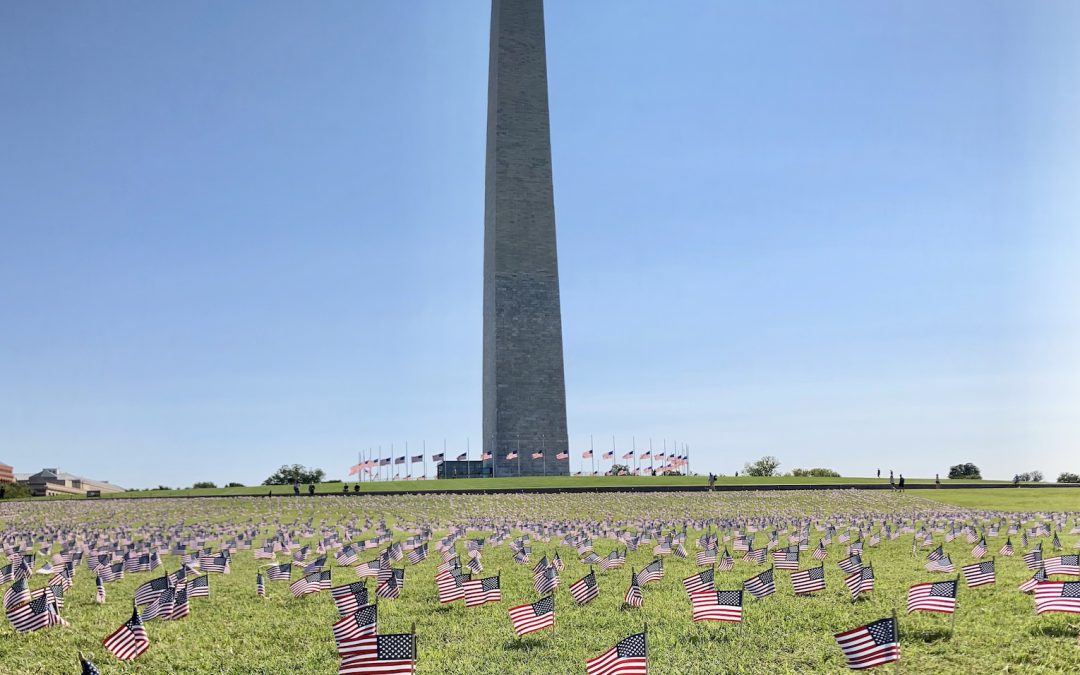 The Washington Monument is surrounded by small American flags representing the 200,000 Americans who have died from COVID-19. (Kathleen Livingstone/MNS)

WASHINGTON — The United States became the first country in the world to record more than 200,000 deaths from the coronavirus on Tuesday, and some people said the grim milestone is “frustrating” and disappointing.

“I think it’s very frustrating. A lot of it feels preventable,” said Jin Zhang, a 25-year-old Washington resident. “A lot of it has been left up to the citizens when I think there should have been more government action.”

Zhang’s 20-year-old sister, Jackie, said she could not imagine how things go back to normal or what a “new normal” might look like.

Some people said that as the pandemic continues into fall, they are taking fewer precautions than previously.

Both 28-year-old Steven Parker and and 27-year-old George Mason said they have found themselves being less careful, although some precautions are ingrained now.

“I always wash my hands after everything now,” Parker said. “That’s a habit that will stick.”

In an effort to capture the sentiment of the moment, 20,000 American flags were temporarily placed on the National Mall on Monday by The COVID Memorial Project as a symbol of the 200,000 American lives lost.