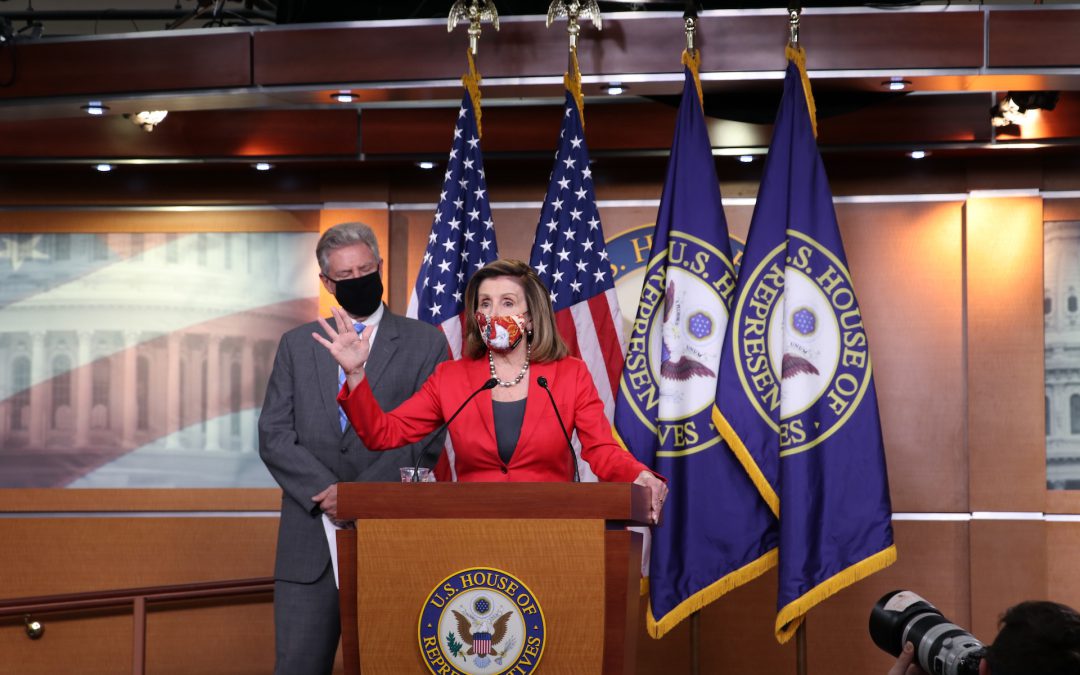 WASHINGTON — Although House Democrats lost seats but maintained their majority in the election House Speaker Nancy Pelosi said she will run again to be House speaker, expected Joe Biden to become president and criticized President Donald Trump for “trying to destroy the credibility of our elections.”

“It’s a happy day for our country because Joe Biden is a unifier because he is determined to bring people together, because he respects all points of view,” Pelosi said at a news conference.

Pelosi pointed out that Biden won 73.8 million votes, the most of any presidential ticket, calling it a historic election. “I am so officially pleased with the outcome that is imminent and also personally delighted because of the quality and caliber of leadership that Joe Biden will provide,” she said.

Democrats flipped only three House seats and lost eight, but Pelosi remained confident and positive. “We did not win every battle in the House, but we did win the war,” Pelosi said. With 29 House races remaining to be called, the speaker said she was hopeful about continued Democratic victories.

“One of the reasons we were able to win some seats was because of the caliber of leadership of our members. Some of them won, a few did not, all of them excellent. And I hope that some of them will consider going at it again,” Pelosi said.

Pelosi said she wasn’t surprised that Trump isn’t optimistic, but he’s “trying to destroy the credibility of our elections.” Trump tweeted Friday that he would win the presidency if the allegedly illegal votes weren’t counted, adding that he wants the Supreme Court to take action.

I easily WIN the Presidency of the United States with LEGAL VOTES CAST. The OBSERVERS were not allowed, in any way, shape, or form, to do their job and therefore, votes accepted during this period must be determined to be ILLEGAL VOTES. U.S. Supreme Court should decide!

Pelosi called on Americans to remain patient while every vote gets counted, saying “the right to vote is a sacred law in our country.”

“Be calm, be confident, be patient,” she said.

Pelosi said the Trump administration is using its final moments in office “to destroy every pocket of protection for American health and wellbeing,” referring to a rule proposed by the Department of Health and Human Services Wednesday that requires agencies to conduct periodic reviews of their regulations.

“If the staff who are working to crush the virus has to be diverted to justify and spend all their time dealing with these regulations … (it)  takes away from our ability to actually deal with the virus,” said Rep. Frank Pallone, chair of the House Energy and Commerce Committee. COVID-19 cases are now at 9.7 million. 235,000 Americans have died from coronavirus.

In January, lower health care costs and bigger paychecks will be her top priority in the House, Pelosi said. Pelosi said she would also like to pass the For the People Act of 2019, which would expand voting rights, limit partisan gerrymandering, strengthen ethics rules and limit the influence of private donor money in politics.

Before then, she hopes that a $2 trillion coronavirus relief bill will be passed, which would include a second stimulus check and expanded unemployment aid, though negotiations with Treasury Secretary Steven Mnuchin have taken months.

Pelosi said she will work with the Biden administration for a better national response to the virus, including testing, treatment and contact tracing.