Monolingual Spanish speakers throughout the Midwest are contracting COVID-19 at a higher rate than their white counterparts.

A trifecta of larger senior populations, more residents with chronic health conditions without access to healthcare and having large meatpacking plants places counties across the Midwest with many monolingual Spanish speakers directly in the crosshairs of COVID-19, a study by the Journal of Rural Health found.

Just as some cities were back on their feet after the first wave of the virus, a second came. Now, America is in the midst of a third surge of the virus, and the winter that has worried experts is here.

Latinos experience an increased case and death rate compared to their white counterparts, according to the CDC. Counties with a higher proportion of monolingual Spanish speakers are more likely to have higher rates of COVID-19 cases, according to an Annals of Epidemiology study.

The study found that social determinants of health, like housing and work conditions, were the best predictors of Latino COVID-19 cases and deaths, suggesting that pre-existing barriers are working in tandem with language and cultural competency gaps.

To address this, Latinos are filling the gaps locally by translating vital information, doing community outreach and providing COVID-19 tests. 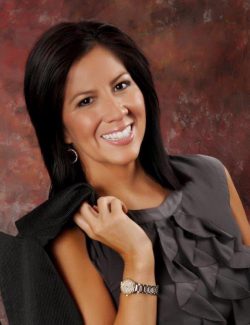 Monique García, Kansas Health Foundation director of community relations in Wichita is intimately aware of the effects of COVID-19 on Spanish speakers across Kansas.

When her sister with multiple sclerosis and mother, a longtime local restaurant owner in her mid-70s, got COVID-19 and the restaurant closed for three and a half weeks, it hit home.

“I know personally how having the virus and being Latino and lower-income, how it disproportionately affected them,” García said.

The race to provide COVID-19 information has left vulnerable groups behind, said Kate Scott, executive director of The Equal Rights Center in Washington.

“Initially there was this scramble to respond to what was going on. And one of the really concerning things is that considerations of the needs of certain people were kind of left on the side of some of that scrambling,” Scott said. 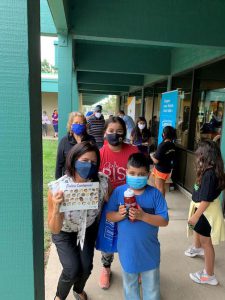 Back to school backpack distribution and food distribution event for Latino families in Wichita, Kan. The Kansas Health Foundation, Census Bureau and City of Wichita worked in tandem to distribute school resources and food to community members while spreading the message that “¡Todos Contamos!” (We all count) | Courtesy of Monique García

García is not alone. Communities across America’s heartland are now at the epicenter of the COVID-19 pandemic, especially areas that have rapidly diversified.

Over 15 million American households are Spanish-speaking, and at least three million of those households are “limited English speaking,” according to the Census Bureau’s American Community Survey.

Counties with a significant number of monolingual Spanish speakers in the Midwest are often isolated, according to LEP.gov, which offers data on people in the U.S. who do not speak English as their primary language and have “limited ability to read, speak, write, or understand English.”

Dodge City, located in industrial Southwestern Kansas, saw a rapid rise in its Latino community members as job opportunities in meatpacking became increasingly available, growing 45.74% between 2000 and 2010, according to CensusViewer.

The effects of President Trump’s April 2020 executive order to designate meatpackers as essential workers are still rattling through industrial corridors across the Midwest. 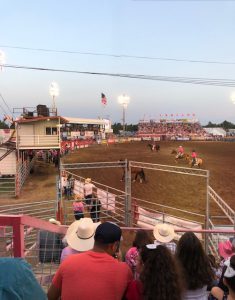 Community members gather in Dodge City for a
rodeo (This photo was taken pre-COVID.
Courtesy of Ernestor De La Rosa

Kansas’s industrial corridor is home to Cargill, Tyson and National Beef plants that produce about 25% of the country’s beef. Located in Ford County, jobs in meatpacking plants are the town’s main form of employment.

Though the city passed a mask ordinance in mid-November, it is battling high case numbers. 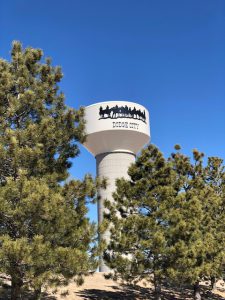 A water tower in Dodge City hearkens back to
its “Hell on the Plains” Western roots with
cowboys on horseback. Courtesy of Ernestor
De La Rosa

Neighboring counties reported between 132 and 465 cases.

Ford county has 5,011 total cases, according to the Kansas Department of Health and Environment. 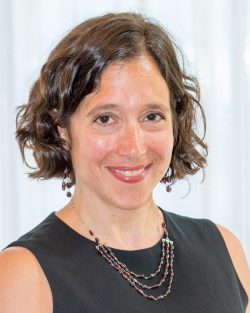 Showstack received a PhD in Hispanic Linguistics from the University of Texas at Austin. Courtesy of Rachel Showstack

Rachel Showstack, an associate professor of Spanish and linguistics at Wichita State University, has participated in conversations with community members across the Midwest to determine how Spanish speakers navigate medical care.

Remote interpreters on the phone or a tablet left Spanish speakers feeling unattended to. Patients referred to the interpreter as “la máquina” (the machine) and noted that they felt a lack of “confianza” (rapport and trust).

Like Ford County, Clark County is known for its agricultural industry, which depends on temporary workers. 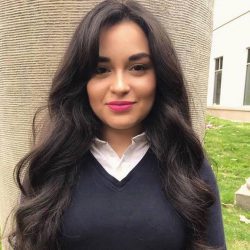 Samantha Guerrero, from PODER of Idaho, an immigration advocacy organization, said that immigrants and undocumented workers “are just left out to dry.” Her group is concerned temporary agricultural workers are not getting the information about COVID.

“They don’t know where to get tested,” Guerrero said. “Information isn’t being translated fast enough. So, we also wanted to help with that by making videos for those who can’t read. But we also understand that not everyone has access to the internet.”

Even in Chicago, a city with more resources and monolingual Spanish speakers, language gaps persist.

Antonio Santos, co-founder and executive director of the Gage Park Latinx Council in Chicago, said that “it became the people and community stepping up to translate city government documents.”

“A lot of people in our community, especially elder people, aren’t proficient on computers. And so they can’t log onto the CDC website. And, you know, find the translator versions of these documents, they don’t understand how Zoom town halls work,” Santos said. 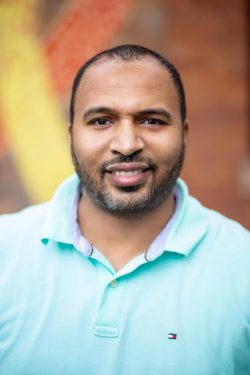 Jerome Montgomery, Chicago native and director of Project Vida, a health advocacy organization that has set up testing in Little Village, pointed out “sheltering in place” was not an option for undocumented Latinx community members.

“I think a lot of it had to do with the fear hanging over their head. They didn’t have any of the government resources available to them to make sure that their rent was paid,” Montgomery said. 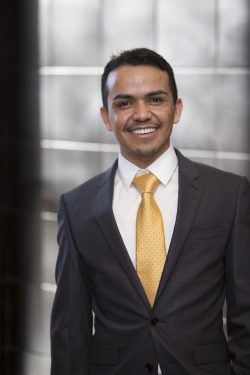 Ernestor De La Rosa, a DACA recipient who came to Dodge City at 15 years old, proudly calls it his hometown. He is an assistant city manager.

De La Rosa worries about the difficult choices that Spanish-speaking workers in meatpacking face, citing a conversation with his cousin.

“Her question was, ‘What do I do? I have underlying conditions, but if I don’t go to work, I lose my health insurance coverage,’” De La Rosa said. “Those that are truly undocumented…had to go to work because there was no option.”

Santos said that seeking out city resources though hotlines, city buildings and events from politicians “can feel intimidating for many people in the undocumented community,” prompting a grassroots response. 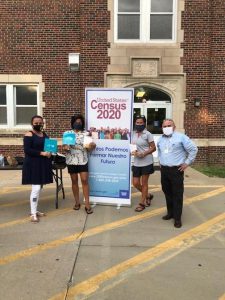 Back to school backpack distribution and food distribution event for Latino families in Wichita, Kan. The Kansas Health Foundation, Census Bureau and City of Wichita worked in tandem to distribute school resources and food to community members while spreading the message that “¡Todos Contamos!” (We all count) | Courtesy of Monique García

“If they are heroes, we have to treat them as heroes, not just call them essential,” Yoon said. “But treating them as heroes means making sure that any kind of relief that’s provided is inclusive of all, you know, heroes, and that people are meeting their basic needs.”

De La Rosa remains hopeful that Latino representation in local governments, boards and commissions will reflect Latinos within the communities they serve.

“I often find myself being the only Latino at the table where the decisions are being made,” De La Rosa said. “I’m glad that I’m here, but obviously, I would hope to see more leaders doing the same thing and speaking on the needs and the challenges that our community faces.”