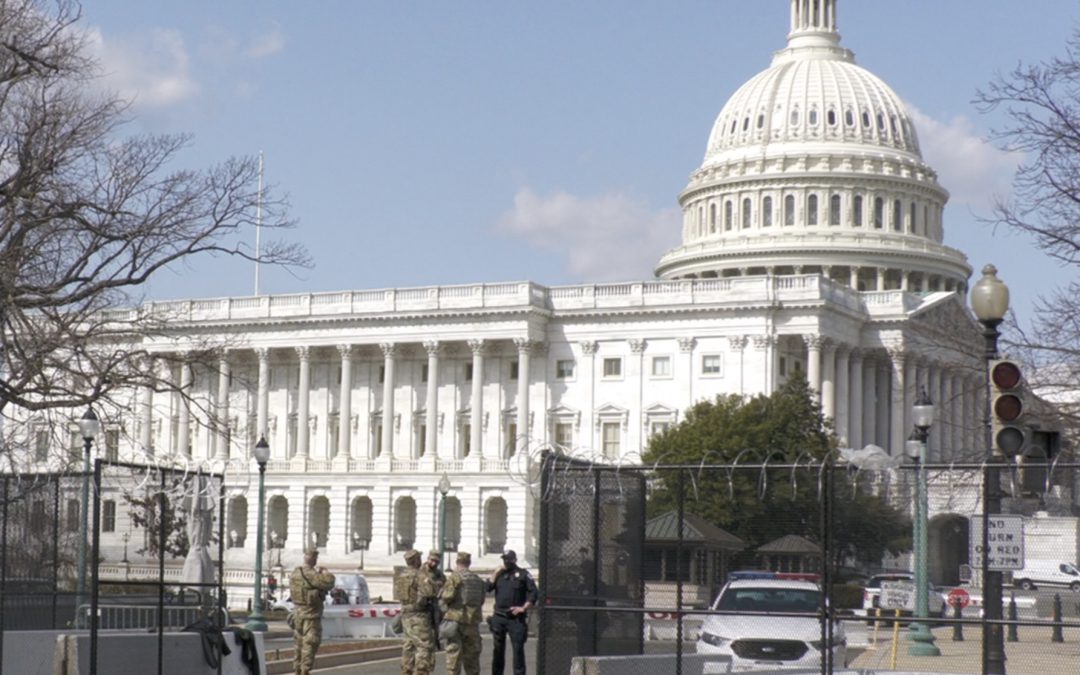 Security lines the Capitol after Capitol Police said they found evidence of "a possible plot to breach the Capitol" on March 4. (Julia Benbrook/Medill News Service)

WASHINGTON — The United States Capitol Police Department said there will be increased security around the Capitol for the next few days.

“We have obtained intelligence that shows a possible plot to breach the Capitol by an identified militia group on Thursday, March 4,” they announced in a statement.

A group of far right conspiracy theorists falsely claimed that former President Trump would return to the office today. March 4th was the original date for an inauguration in the Constitution.

Online posts led security officials to believe some lawmakers could be in danger.

Experts say that conspiracy theories are not new, but they do spread faster with social media.

“It could literally within seconds travel through thousands, millions of accounts,” Grabe said.