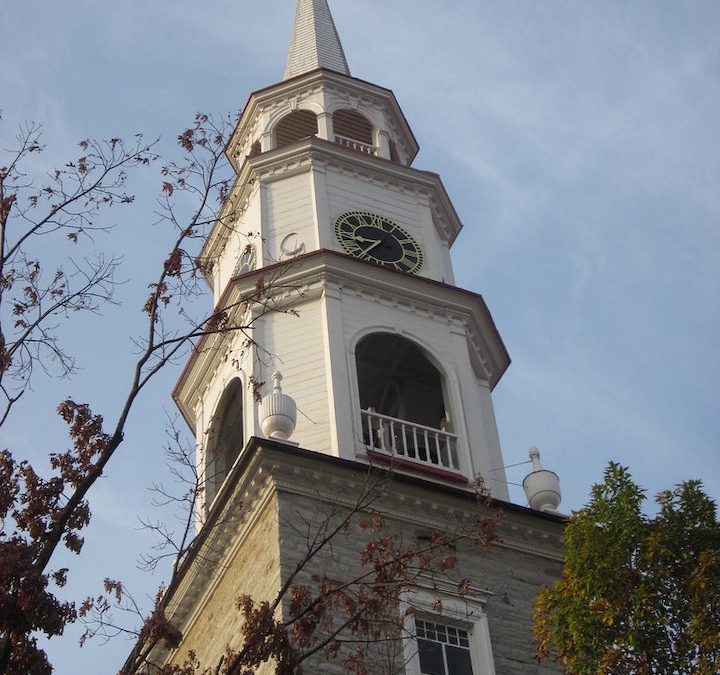 WASHINGTON — Several Frederick faith leaders are supporting the Maryland Trust Act, a bill that would end the ability of law enforcement to inquire about people’s citizenship “during the performance of regular police functions.”

The state House of Delegates passed a version of the Trust Act during the 2017 legislative session, but it did not pass the Senate Judicial Proceedings Committee. A new version is once again before the legislature.

In addition to prohibiting the citizenship question, the bill would provide immunity for state and local government officials who refuse “to provide information to the federal government or another state” about a person’s immigration status and ensures that officers and the state government may not use state funds to help federal enforcement efforts.

“This is a way of increasing trust between the police and the community,” Gregg said. “So I think that legislation like the Trust Act can improve relationships between law enforcement and the community. There are trends that cities with sanctuary policies similar to this lower crime rates and increase trust.”

Dr. Syed W. Haque, who was born in Pakistan and has lived in Frederick for 20 years is the president of the Frederick County Muslim Council and chairman of the outreach committee of the Islamic Society of Frederick. Haque has seen the impact of immigration policies on his patients.

“I had a patient today who is [undocumented] … in my office, and he said, ‘Dr. Haque, do you think that I’ll be OK with [President Joe] Biden coming into power?’ I told him to just pray to God,” Haque said.

Haque said immigration and the treatment of immigrants are integral to Islamic history and teachings. In particular, he said Muslims believe that the prophet Muhammad himself migrated from Mecca to Medina and that immigrants are to be treated as guests and welcomed.

“When the people of Mecca went to people of Medina, they welcomed them into their house, shared their bread, shared their land to grow crops,” Haque said. “This is what we have been taught concerning immigration and immigrants.”

Like the Muslim faith, Jewish teachings and the Jewish experience call on Jewish people to have empathy for immigrants, said Rabbi Jordan Hersh of the Beth Sholom Congregation in Frederick.

Hersh added that many Jewish Americans grew up hearing stories of their family members escaping persecution. “The immigrant experience is still one that colors the Jewish experience even for those of us who were born here in America as either first- or second-generation Americans,” he said.

The Rev. Dr. Eliezer Valentín-Castañón, senior pastor of Trinity United Methodist Church in Frederick, said that supporting legislation like the Maryland Trust Act “is the most moral and ethical thing for people of faith to do.”

While many faith leaders and immigration advocates support the Maryland Trust Act, other Marylanders remain critical of it.

Collins said policies like the Maryland Trust Act and communities with similar policies “flout federal law” in an op-ed in the Maryland Reporter.

“Many communities in Maryland are openly flouting federal laws regarding immigration by establishing themselves as ‘sanctuary cities,’ and, by doing so; they are creating a troublesome precedent,” Collins said.

But “sanctuary policies … had no detectable effect on crime rates,” according to a Proceedings of the National Academy of Sciences of the United States of America study that examined 296 counties across the country found. “These findings suggest that sanctuary policies, although effective at reducing deportations, do not threaten public safety.”

Nevertheless, opponents of the Maryland Trust Act, like Thomas Wheatley, call it a “reckless ‘come one, come all’ polic[y].”

“Immigrants, particularly those escaping violence and economic hardship in Central America, deserve our help,” Wheatley wrote in an op-ed in The Washington Post, but he maintained that legislation like the Maryland Trust Act “is not ‘compassionate’ — it’s appeasement.”

However, immigration advocates like Cathryn Paul, research and policy analyst at CASA say that passage of trust legislation will make communities safer.

“There is a long list of reasons why programs like 287[(g)] programs are dangerous for the community and do not equal safety,” Paul said. “Passage of trust legislation would allow for vulnerable immigrants to be more willing to report crimes, use available health and social services for their families and enroll their children in school.”

People are more likely to report a crime when they trust the police, an IZA Institute of Labor Economics study found. Areas with tougher immigration enforcement meant that immigrants who were survivors of domestic violence reported it nearly 10% less (8.38%), whereas areas with sanctuary policies saw a 5.72% rise in domestic violence victims self-reporting.

Support for policies like 287(g) is dropping and the Maryland Trust Act is a signal that changes need to be made in federal immigration policies, Valentín-Castañón said.

“We have seen things move from a very supportive county for 287(g) to a not so supportive anymore,” he said. “… We cannot continue to have a federal policy that basically criminalizes people for just trying to survive.