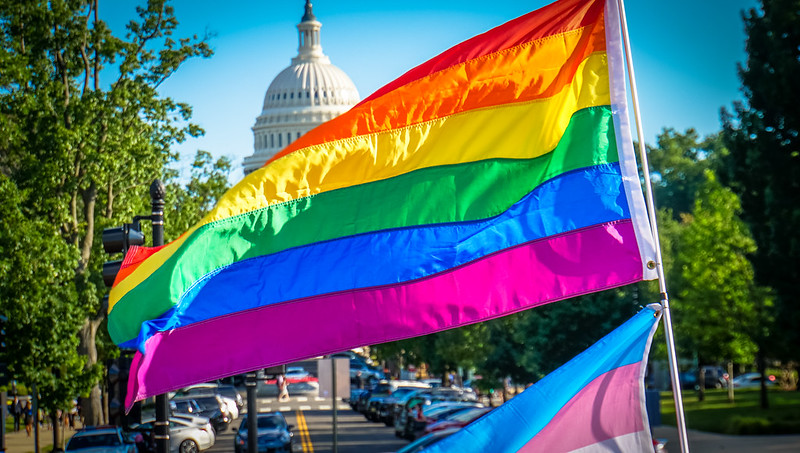 Such bills, he said, send a message of ostracization to transgender students.

Daye Pope, organizing director for Trans United, said Senate approval of the Equality Act is important because it would block passage of the state-level bills.

While laws such as Mississippi’s sports ban bill also go directly against Biden’s Jan. 20 executive order barring gender identity-based discrimination, it does not have the force of law that only Congress can enact.

“What’s really important for LGBT people is sex discrimination,” said Luis Vasquez of the UCLA School of Law. “The problem is that the Civil Rights Act explicitly says sex, but it doesn’t explicitly say sexual orientation or gender identity.”

The Equality Act would include those categories.

With Biden’s executive orders, however, federal agencies under the president’s control are directed to read legislation that mentions “sex discrimination,” such as the Civil Rights Act, to include sexual orientation and gender identity.

“What the Equality Act is trying to do is take all of that guesswork out, take all of the inconsistencies out so that now whenever an LGBT person feels that they’ve been discriminated against in violation of those laws, they’ll be able to make their case and point to language that will explicitly say, ‘Title Seven says that you can’t discriminate in employment on the basis of sexual orientation and gender identity,'” Vasquez said.

Gallup found recently that more than 5% of Americans identify as a member of the LGBT community, with most identifying as bisexual. Also, one in six Generation Z adults consider themselves LGBT.

The Human Rights Campaign, a leading rights group, reported that at least 44 transgender or gender non-conforming people were killed by violence in 2020, mostly Black and Latinx transgender women.

Pope says it’s “a really scary time” because of so many state bills that target trans and non-binary youth.

“Being a kid and being a teen is hard enough,” she said. “You’re trying to find yourself, you’re trying to make sense of school and peer groups and your home life, and trans youth are already more likely to attempt suicide or self-harm.”

Gaining Senate approval of the House-passed Equality Act would provide legal protections against intolerance toward the LGBT community. But Senate Democrats need to keep all 50 of their voters on board and get 10 Republicans to join them in preventing a filibuster that would block consideration of the proposal.

Since Biden took office, Pope said, a majority of the president’s time has been spent “undoing the damage” of former President Donald Trump — including repealing the transgender military ban, initiating legislation to stop housing discrimination and promising more to come.

“Under the new administration, we want to be bold, we want to be proactive and aggressive about … equal rights for queer and trans people in this country,” Pope said.