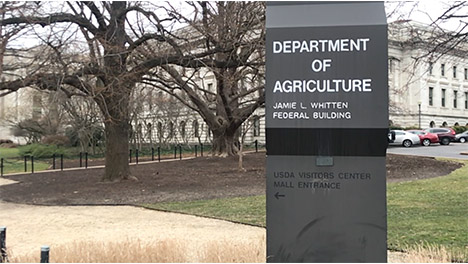 Tom Vilsack was confirmed as the United States Secretary of Agriculture for the Biden Administration. This is his second time to serve in this role. (Julia Benbrook/Medill News Service)

Tom Vilsack was recently confirmed as the United States Secretary of Agriculture for the Biden Administration.

Vilsack also led the department of agriculture for the Obama Administration.

During that time, Rep. Frank Lucas (R-OK) served in the roles of chairman and ranking member of the agriculture committee and worked to pass the 2014 Farm Bill.

“When push comes to shove, making sure that the American farmers and ranchers can raise the food and fiber that consumers need is of the utmost importance,” said Lucas.

This past year presented new challenges for farmers and ranchers that Vilsack will have to face including the COVID-19 pandemic and winter storms that impacted parts of Oklahoma.

“The commodities are still recovering, waiting to see what all the results are of the terribly hard freeze that we just had a few weeks ago and what impact that’s going to have on the crops that are in the ground,” said Rodd Moesel, President of the Oklahoma Farm Bureau.

Vilsack was confirmed by the Senate in a 92-7 vote.