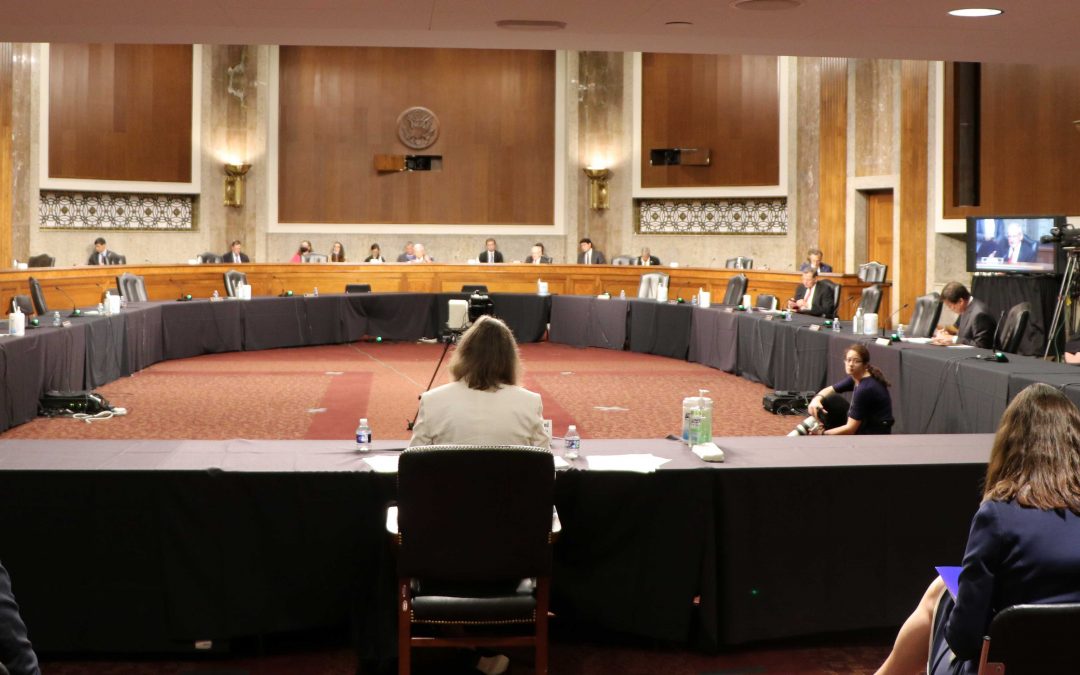 Last year, the U.S. imposed sanctions on Turkey’s weapons procurement industry in response to the decision.

Idaho Sen. Jim Risch, the senior Republican on the committee, called Turkey’s purchase of the S-400 system “the most pressing issue” in U.S.-Turkey relations and “unacceptable.”

The word “unacceptable” came up repeatedly as lawmakers from both parties described Turkey’s activities in the eastern Mediterranean region and beyond — from Turkey’s poor treatment of its large Kurdish minority to its unilateral military operations in northern Syria.

Turkey’s repeated violations of Greek airspace and its military support for Azerbaijan in last year’s war with Armenia in and around the disputed Nagorno-Karabakh region were also mentioned by multiple senators.

“These are not the actions of a constructive partner, let alone a NATO ally,” said Menendez. Turkey has been a member state of the U.S.-led military alliance since 1952.

Senators directed much of their ire toward Turkish President Recep Tayyip Erdogan‘s recent visit to Nicosia, the divided capital of Cyprus, where he said that peace talks on the island can take place only between the “two states” which claim territory on the island.

“This violation of international law is unacceptable,” said Menendez.

The Turkish leader’s visit to Cyprus was timed to coincide with the 47th anniversary of Turkey’s invasion of the northern third of the Mediterranean island.

The island remains divided between the majority-Greek, internationally recognized Republic of Cyprus and the self-proclaimed, majority-Turkish Republic of Northern Cyprus, recognized only by Turkey.

Undersecretary of State for Political Affairs Victoria Nuland described U.S.-Turkey relations as “multifaceted and complex” during her testimony.

“There are areas where we are firmly aligned, areas where we don’t see eye-to-eye and areas with profound disagreements,” she told committee members.

While acknowledging the challenges that many of Turkey’s activities pose to U.S. foreign policy objectives, Nuland also highlighted areas of ongoing strong cooperation between Washington and Ankara.

In particular, Nuland highlighted U.S.-Turkey cooperation on counterterrorism operations, Turkey’s “critical contributions” to NATO missions worldwide and economic relations between the two countries. Bilateral trade with Turkey topped $26 billion in 2019, according to the office of the U.S. Trade Representative.

Nuland also praised Turkey for its role as the world’s largest refugee host country, as well as its recent offer to deploy troops to secure the international airport in Kabul, the capital of Afghanistan, after the departure of U.S. troops.

Turkey’s offer to safeguard the Kabul airport is “vital to maintain a strong diplomatic presence in Afghanistan,” Nuland said.

Committee members did not discuss President Joe Biden‘s nomination last week of former Sen. Jeff Flake, R-Ariz., to serve as Washington’s next ambassador to Ankara. No date has been set for that hearing.

The decision has sparked controversy among Armenian American groups, which oppose Flake’s nomination due to his previous votes against U.S. recognition of the Armenian Genocide.