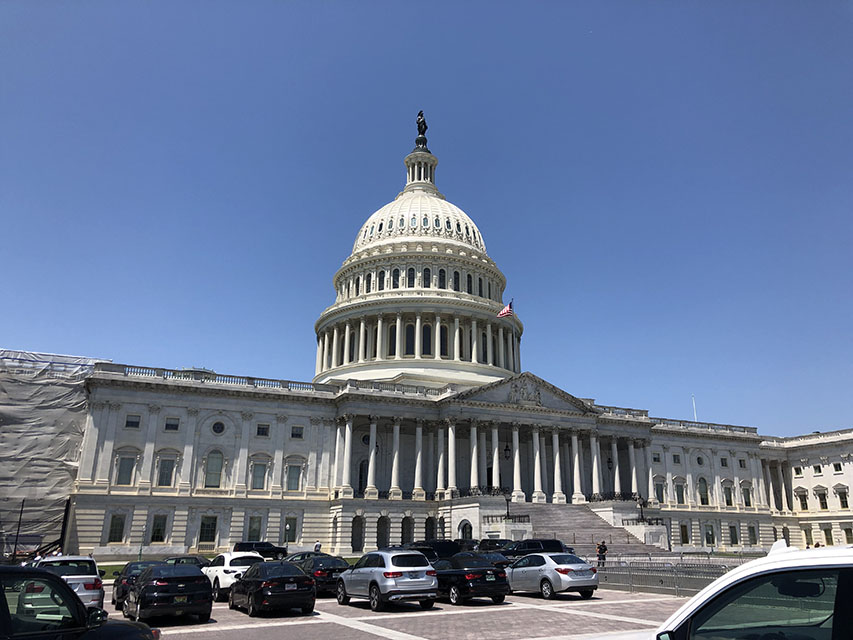 ESTABLISHING GOLD STAR FAMILIES MONUMENT: Voting 412 for and 0 against, the House on Monday extended (HR 2365) the authorization to establish a monument in Washington to honor Gold Star families, who have lost immediate family members during military service.

GREENLIGHTING VETERANS AFFAIRS CONSTRUCTION PROJECTS: Voting 413 for and 7 against, the House on Tuesday authorized (S 1910) nearly $2.1 billion for the Veterans Affairs Department to undertake major medical construction and renovation projects across the country for fiscal 2021.

APPROVING LEGISLATIVE BRANCH FUNDING: Voting 215 for and 207 against, the House on Wednesday set aside (HR 4346) $4.8 billion for congressional entities and activities for fiscal 2022.

PASSING STATE DEPARTMENT FUNDING: Voting 217 for and 212 against, the House on Wednesday approved (HR 4373) $62.2 billion for the State Department and its related agencies, including the U.S. Agency for International Development, or USAID, for fiscal 2022.

AUTHORIZING FEDERAL AGENCIES’ FUNDING: Voting 219 for and 209 against, the House on Thursday passed (HR 4502) legislation providing nearly $603 billion in scored discretionary funding for the majority of fiscal 2022 appropriations bills that fund government agencies and activities, including for the Departments of Labor, Health and Human Services, Education, Agriculture, Energy, Treasury, Interior, Veterans Affairs, Transportation, and Housing and Urban Development.

DESIGNATING INTERNMENT CAMP AS NATIONAL HISTORIC SITE: Voting 416 for and 2 against, the House on Thursday permitted (HR 2497) the National Park System to establish the Amache National Historic Site at the Granada War Relocation Center, a Japanese American internment camp in Colorado.

MAKING NATIONAL PARKS FREE FOR VETS: Voting 420 for and 0 against, the House on Thursday directed (HR 4300) the secretary of the Interior Department to make National Parks and Federal Recreational Lands Passes free for members of the Armed Forces.

FUNDING CAPITOL SECURITY AND RESETTLING AFGHAN ALLIES: Voting 98 for and 0 against, the Senate on Thursday approved (HR 3237) legislation that sets aside $1 billion for federal security services at the Capitol and $1.1 billion for humanitarian support and refugee assistance in Afghanistan. The bill also increases the number of special immigrant visas available for Afghan citizens who assisted U.S. forces during the war in Afghanistan to nearly 35,000.

PROCEEDING WITH INFRASTRUCTURE DEBATE: Voting 66 for and 28 against, the Senate on Friday agreed (HR 3684) to proceed with debate on President Joe Biden’s signature infrastructure bill, the INVEST in America Act. Senate rules require that 60 senators vote to open debate to advance most legislation, including the $1.2 trillion infrastructure plan.