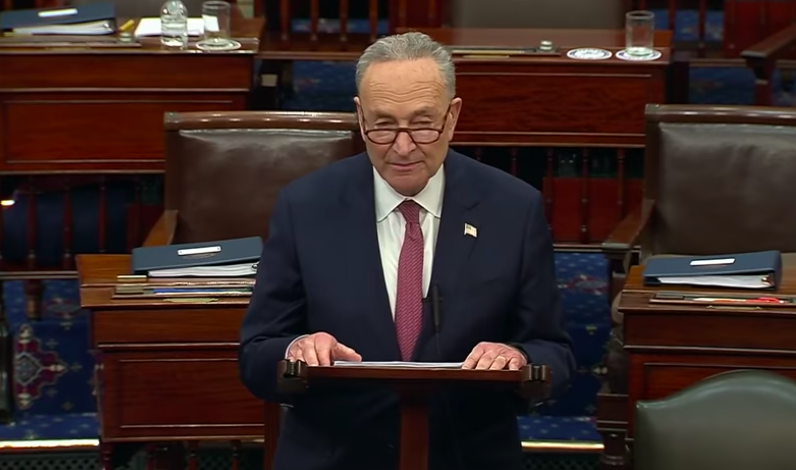 WASHINGTON — A shutdown crisis has been avoided as the House and Senate on Thursday passed a short-term government funding bill that will keep federal agencies open through Dec. 3. The bill now goes to the president’s desk.

The Senate passed the measure, 65-35, with bipartisan support after Democrats agreed to remove language that would have suspended the national debt ceiling. The House approved the bill shortly after by a vote of 254-175.

With one crisis averted, the House next plans to take up the infrastructure bill, despite doubts as to whether Democrats have enough votes to guarantee passage.

“We’re on a path to win the vote,” Speaker Nancy Pelosi, D-Calif., said of the infrastructure bill. “I don’t want to even consider any options other than that.”

While Congress has narrowly avoided a shutdown, another obstacle looms on the horizon: the national debt.

Republicans blocked two initial versions of the government funding bill, in which Democrats had tacked on a suspension of the national debt ceiling.

Senate Minority Leader Mitch McConnell, R-Ky., with his eyes on the midterm elections, has opposed any action that would give Democrats a legislative victory.

Congress must raise or suspend the debt ceiling before Oct. 18 to prevent the United States from defaulting on its debt for the first time in history.

“Just as our Republican colleagues realized that a government shutdown would be catastrophic, they should realize that a default on national debt would be even worse,” said Senate Majority Leader Chuck Schumer, D-N.Y.

“You would expect to see an interest rate spike if the debt ceiling were not raised,” Yellen said. “I think there would be a financial crisis and a calamity.”

Schumer said Thursday that he will propose a vote “as early as next week” on House-passed legislation suspending the debt ceiling.

“Just get out of the way,” Schumer urged his Republican colleagues, “and let us keep the faith and credit of America’s finances intact.”