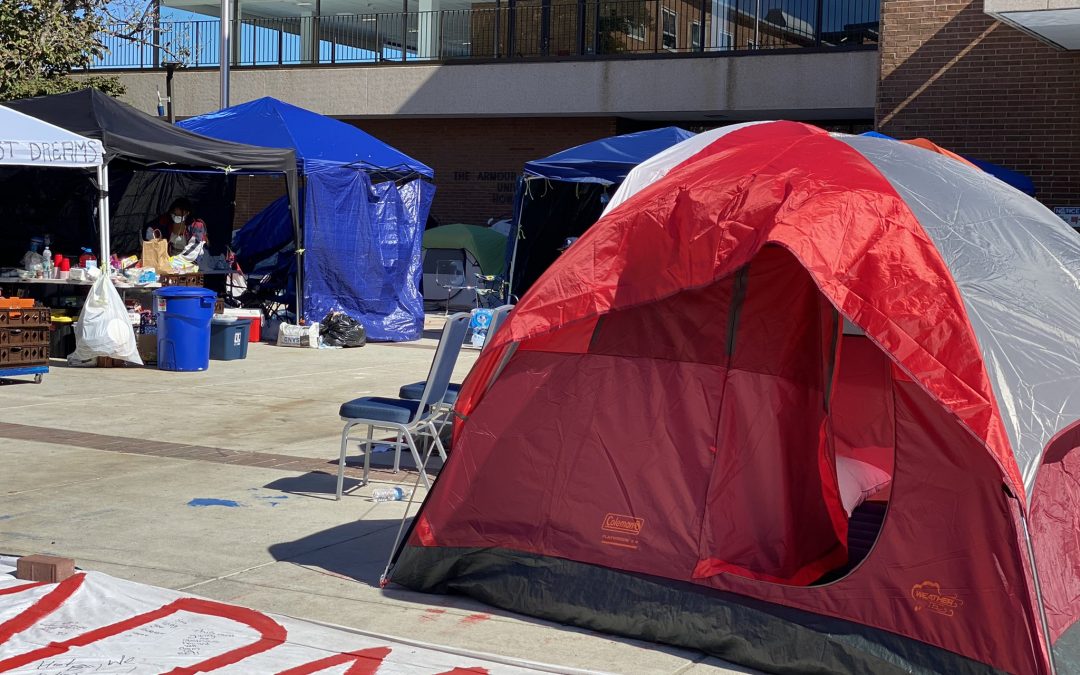 WASHINGTON — Students at Howard University have entered the second week of a staged sit-in protest demanding action from school officials to address housing conditions in student dorms. Demonstrators also want representation on the university’s board of trustees.

Students staged the sit-in protest at the Armour J. Blackburn University Center on Oct. 12 after a scheduled town hall was reportedly cut short by the administration. The founder of The Live Movement, one of the organizing groups, said the Howard University Student Association held a forum on Oct. 12 hoping to connect the administration with students so that they could address concerns, but she said none of those leaders showed up, angering students and causing an early dismissal of the meeting.