House Votes to Refer Bannon to DOJ for Contempt Prosecution 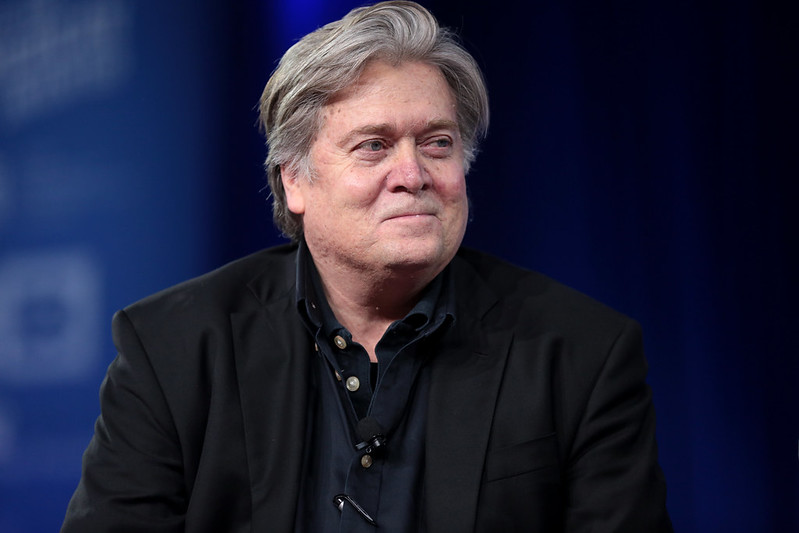 WASHINGTON — The House voted Thursday to cite former Trump aide Steve Bannon for criminal contempt after he defied a subpoena from the committee investigating the Jan. 6 insurrection.

The vote fell largely along party lines, with all 220 Democrats voting in favor of the resolution. However, nine Republicans joined the Democrats in voting to cite Bannon for contempt.

“We didn’t choose to be here,” said committee Chairman Bennie Thompson, D-Miss. “This isn’t about punishing Steve Bannon. The Select Committee would prefer and, frankly, expect all witnesses to fully cooperate, but Steve Bannon has led us down this path by refusing to cooperate in any way with our investigation.”

The committee subpoenaed Bannon, as well as other individuals close to the former president, in late September. However, the former White House chief strategist refused to cooperate, citing executive privilege.

Former President Donald Trump filed a lawsuit Monday to halt the release of presidential records to the committee, by similarly arguing the information is protected under executive privilege. The move came after the Biden administration refused to assert executive privilege in relation to the records.

The committee voted unanimously on Tuesday to refer Bannon for criminal contempt. Following the House’s vote on Thursday, the Office of the U.S. Attorney for the District of Columbia will take up the charge and decide whether to prosecute Bannon.

Asked about the contempt charge before the House Judiciary Committee on Thursday, Attorney General Merrick Garland did not indicate whether the Department of Justice will choose to prosecute Bannon.

“The Department of Justice will do what it always does in such circumstances,” Garland said. “(It) will apply the facts and the law and make a decision consistent with the principles of prosecution.”

Rep. Rodney Davis, R-Ill., criticized the House majority for failing to address the security vulnerabilities made apparent by Jan. 6 and instead focusing on Bannon.

“This is what the majority has decided to spend its time on, holding a private citizen who wasn’t even part of the administration at the time in contempt,” Davis said.

However, Rep. Adam Kinzinger, R-Ill., said while he believes security concerns are important, they were not relevant to the issue on the House floor.

“As a Republican, don’t let my side use the security posture as the straw man argument in this,” said Kinzinger, one of two Republicans on the panel. “The reality is that’s the equivalent of blaming the victim of a crime for the crime.”

Rep. Elaine Luria, D-Va., said she thinks voting against enforcing the subpoena would send the message that people can ignore a subpoena from Congress.

“The consequences of that vote won’t be limited to this investigation and this subpoena alone,” Luria said. “Your vote will do serious, long lasting damage to Congress as an institution.”