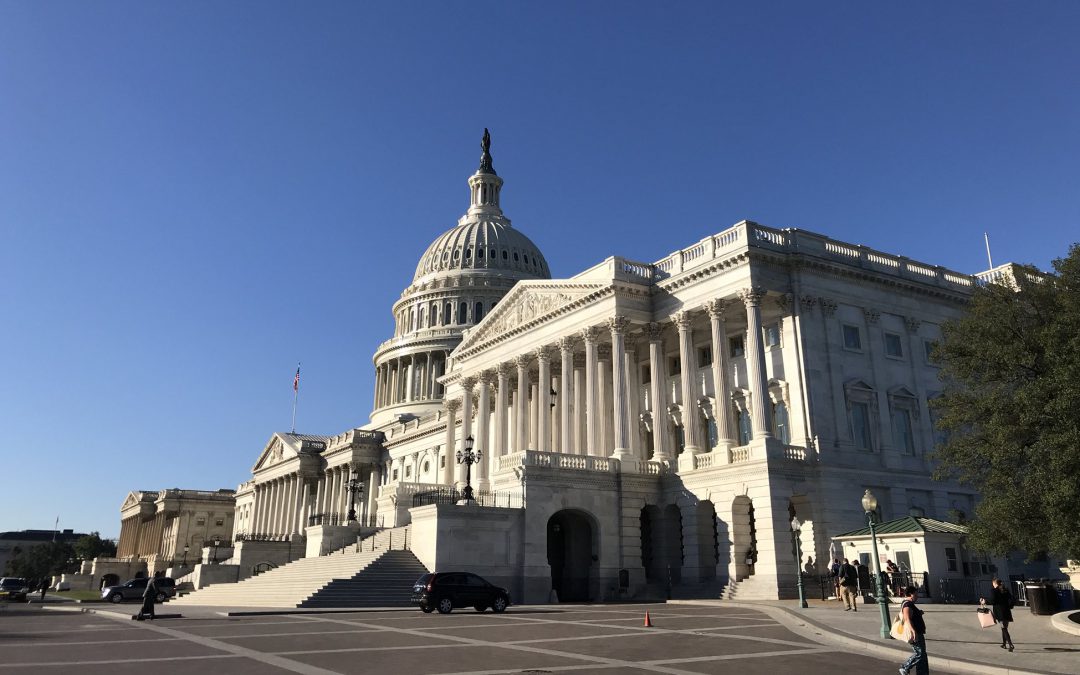 WASHINGTON—Advocates and champions of historically Black colleges and universities (HBCUs) thought it would be a new day under President Biden after his administration introduced his Build Back Better plan in March, proposing $45 billion in funding for HBCUs and minority-serving institutions (MSIs).

However, those expectations were crushed after Congress got involved and back-channel negotiating on dozens of spending priorities resulted in what is expected to be a dramatic decrease.

Even before lawmakers and the White House appeared to be near an agreement on the dramatically reduced spending package, a backlash emerged from HBCU advocates and some lawmakers on Capitol Hill, who had urged their colleagues to find other funding priorities to trim or eliminate.

In September, Rep. Alma Adams, D-N.C., threatened to vote against the massive measure unless the package included more federal aid for HBCUs, adding to the growing progressive opposition.

“We can’t build back better unless we build our HBCUs back better. Promises made must be promises kept,” Adams told Punchbowl New at the time. Medill News Service reached out for further comment but didn’t hear back by the time of publication.

HBCUs, which represent 3% of America’s universities, are “chronically underfunded.” Altogether, the 10 largest HBCU endowments in 2020 amounted to just $2 billion, predominantly white institutions (PWI) totaled $200 billion across the top 10 institutions, according to the Brookings Institute.

Those who have fought for more funding on both a state and federal level are grappling with who exactly to blame for this reduced funding.

Many who have criticized how the results are shaking out have aimed their arrows at Biden, who has no legislative power but does have the power of the Executive and the bully pulpit. As far as they are concerned, the president has not made the effort to push Congress to keep his promise.

“Don’t you ever tell me again that Joe Biden is a pro-Black President,” Lavern Spicer, a Republican candidate for Florida’s 24th District, said in reaction to news of this funding decrease.

Then-candidate Biden pledged to send $70 billion to Historically Black Colleges and Universities (HBCUs). However, as Biden and his administration hobble toward the finish line of an under-$2 trillion budget package, many are viewing this the funding decrease as another broken campaign promise.

Opposition from the Republican minority in both chambers and Democratic Sens. Joe Manchin and Kyrsten Sinema has forced Democrats to attempt to enact Biden’s legislative agenda through a budgetary process called reconciliation. This process has been long and tedious as Manchin and Sinema’s swing votes have meant the final bill is being sewn together by their personal priorities.

This Democrat infighting has slow-rolled an already fragile agenda considering the slim majority the party has in the Senate.

As it stands now, the proposed $2 billion would be used for competitive grant funding as opposed to direct funding.

In a statement last month addressing this decrease, United Negro College Fund (UNCF) President Michael Lomax said that HBCUs should never be put in an “a position to compete against the more well-resourced institutions that have higher endowments and a team of grant writers ready, willing, and able to siphon off the funding that the Biden administration imagined would help our institutions.”

Though the current state of funding is still unclear and the debate ongoing concerning how much money will be actually be appropriated, $2 billion, is a significant increase compared to what these institutions have received in the past.

Under former President Donald Trump, several contributions were made to HBCUs, TCUs, and Minority Serving Institutions (MSIs). In April of 2020, then-U.S. Secretary of Education Betsy DeVos announced that $1.4 billion would be provided, as a part of additional money from the CARES Act, to HBCUs during the pandemic. As well, in August 2020, DeVos announced $3.9 million in grant awards would go to 17 different HBCUs and MSIs to improve their respective science and engineering programs.

Prior to the pandemic, Trump also signed the FUTURE Act, which allocated $255 million per year to HBCUs and MSIs, restoring annual funding to HBCUs and MSIs after Congress failed to renew it.

“Once again Black and brown people are getting the short end of the stick. You promised one thing and revised that promise not once but twice,” said Juan Garner, an HBCU graduate and pro-HBCU advocate.

The long-term political and policy-related ramifications will come down to whoever controls the narrative, according to Ted Johnson, a senior fellow at the Brennan Center for Justice.

“It will depend on who controls the story that people will believe. In the education budget, there is money set aside for HBCUs. It goes up every year, even under Trump it went up and that money under Biden also went up,” Johnson told Medill News Service. “The money that is dominating the story now is basically the stimulus money in the infrastructure bill that has gone down. It’s not that HBCU funding has been cut, it’s that the stimulus funding has.”