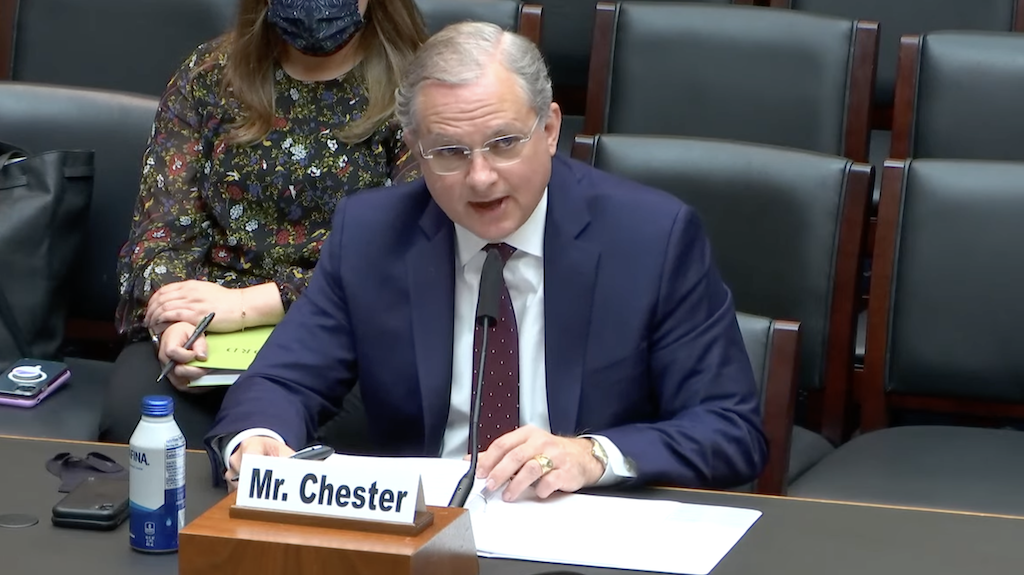 WASHINGTON – As overdose deaths in America continue to reach record highs, lawmakers convened Thursday to discuss how best to tackle the issue at one of its most dangerous sources: the alarming influx of fentanyl and fentanyl-related substances infiltrating the markets.

To combat the issue, the Biden administration announced in September an interagency proposal to permanently classify fentanyl-related substances (FRS) as Schedule I drugs under the Controlled Substances Act. At Thursday’s hearing, lawmakers in the House Committee on Energy and Commerce heard from experts at several government agencies who argued on behalf of the proposal.

“Fentanyl poses an existential threat to our country,” said Louis Milione, principal deputy administrator of the Drug Enforcement Administration. “Now more than ever it is critical for Congress to permanently schedule fentanyl-related substances as a class to enable the DEA and our law enforcement partners to seize these substances before they enter our country and as they are encountered in our communities.”

Scheduling new drugs quickly is an important step in allowing the federal government to “apply the full weight of its energy, innovation, and resources” to limiting the availability of the drug on the market, and ensuring its traffickers are held accountable, according to the Biden administration’s proposal.

Fentanyl and some fentanyl analogues are currently classified as Schedule I and Schedule II drugs, but experts argue that new and emerging FRS are being manufactured and distributed in lethal quantities faster than federal agencies can schedule them individually.

Creating a blanket scheduling class for FRS would enable agencies to better seize and research the new fentanyl analogues as they enter the market.

“Time is of the essence, deliberative action must be taken, and although scheduling is not a panacea, it is absolutely necessary to control substances yet to be made and yet to be available in our communities,” said Kemp Chester, assistant director of the Office of National Drug Control Policy.

In addition, the Biden administration’s proposal would exclude FRS from all mandatory minimum penalties normally associated with trafficking offenses of Schedule I and II substances, except for cases where death or serious bodily injury is directly linked to the trafficked drug.

This inclusion came after civil rights activists voiced concerns that permanently classifying FRS as Schedule I drugs would lead to disproportionate imprisonment of minority Americans, as has happened with prior strict drug legislation.

The Biden proposal “advances efforts to reduce the availability of illicitly manufactured, dangerous FRS, while balancing safety and security with the need to ensure racial equity in our drug policy,” Chester said.

Lawmakers on both sides of the aisle largely expressed support for Biden’s proposal on Thursday, and were in agreement that more needs to be done in combating the opioid epidemic in America.

“I don’t hesitate to say that probably everyone on this panel knows someone who has been impacted by this crisis,” said Rep. Fred Upton, R-Mich. “The issue is pervasive.”

More than 100,000 people died of overdose between April 2020 and April 2021 – a record number that provides a glimpse at just how bad the issue got during the worst of the Covid-19 pandemic.

“As our country has grappled with the public health crisis caused by the coronavirus pandemic for nearly two years now, we’ve also faced a more familiar threat in the form of drug addiction,” said Rep. Anna Eshoo, D-Calif.

And while 2020 represented record high drug-related death rates, preliminary data from 2021 does not suggest things are improving.  So far this year, the DEA has seized more than 14 million counterfeit pills and over 12,000 pounds of fentanyl — enough to kill every American in the United States today.

The Biden administration’s proposal to classify FRS as Schedule I drugs represents just one small step needed to properly fight the worsening opioid epidemic, but witnesses at Thursday’s hearing were in agreement that it will help save lives.

“We believe this administration’s proposal will indeed help us to protect the public’s safety and health,” Milione said.