The People's Tree has been lit for the holiday season every year since 1964. (Julia Mueller/MNS)

WASHINGTON — House Speaker Nancy Pelosi and a bipartisan group of other California lawmakers on Wednesday evening gathered on the front lawn to light this year’s Capitol Christmas tree, an 84-foot white fir from Six Rivers National Forest in the Golden State.

“In wartime and in peace, in tribulation and in trial, the Christmas tree has offered a sense of hope and resilience to the nation,” said Pelosi, who offered special thanks to “a miracle vaccine, the miracle vaccine that will allow us to safely be with loved ones” this holiday season “as we continue to battle the pandemic.”

Though colloquially called “The People’s Tree,” this year’s choice was referred to throughout the ceremony by its Forest Department nickname, “Sugar Bear.” 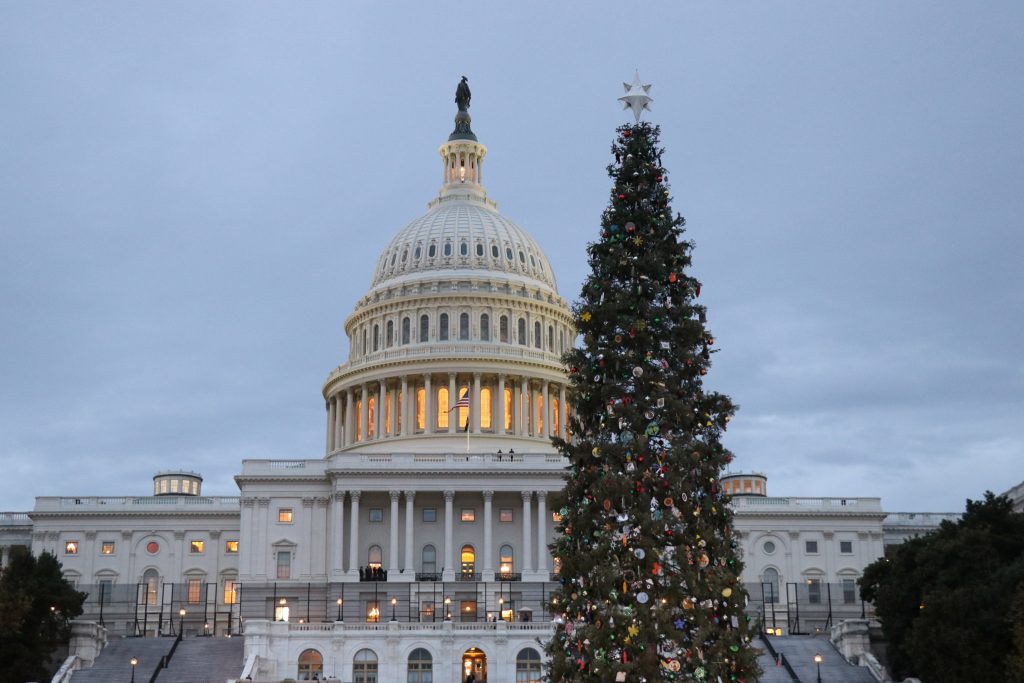 The Capitol Christmas tree sits on the west-facing front lawn of the Capitol building. (Julia Mueller/MNS)

California fifth-grader Michael Marvis, whose essay about the indomitable spirit of the land and its indigenous roots won a local contest, got to press the button to light Sugar Bear. Marvis is from Mary Peacock Elementary School in Del Norte County, the same area as the Six Rivers National Forest.

“Tonight we celebrate the start of the Christmas season,” said Minority Leader Kevin McCarthy, R-Calif. “As many of you might rush to buy gifts — if the supply chain helps us — let’s remember the season and the reason for the season.”

A member of the Washington Performing Arts Children of the Gospel sang a rendition of “Have Yourself a Merry Little Christmas,” and Architect of the Capitol J. Brett Blanton., U.S. Forest Service Chief Randy Moore and California’s senior Sen. Dianne Feinstein gave additional remarks. 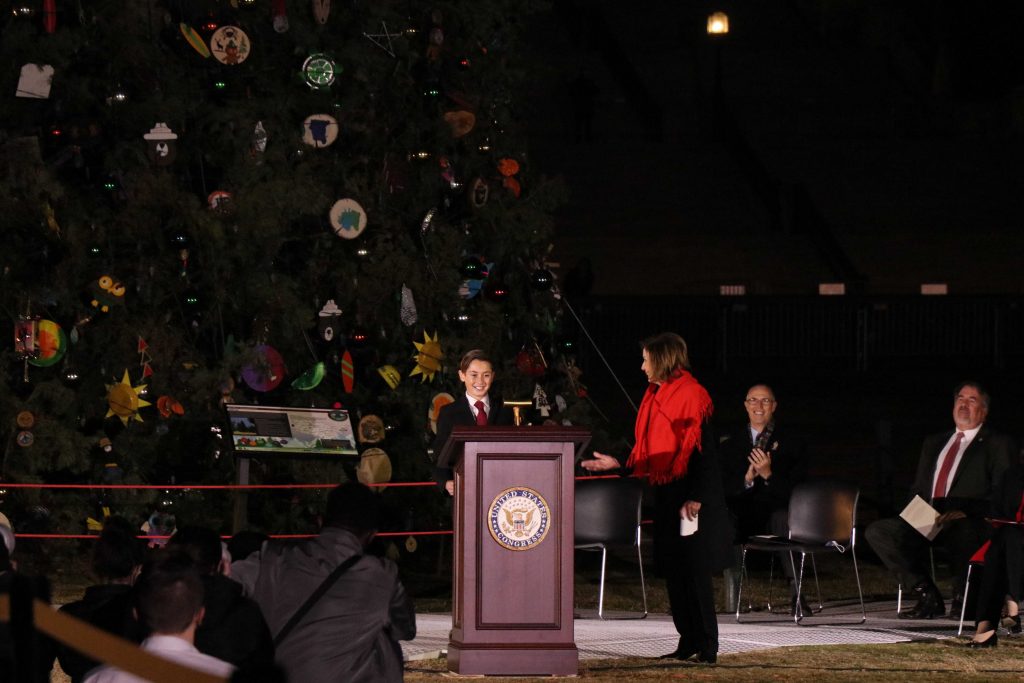 The 15,000 ornaments — which Feinstein said were the most to ever adorn an iteration of The People’s Tree — were designed to reflect the theme, “Six Rivers, Many Peoples, One Tree.”

Pelosi emphasized that theme and underscored the nonpartisan nature of the ceremony, thanking her colleagues on both sides of the aisle. “As we gather here tonight, we remember our nation’s greatest strength: our unity,” Pelosi said. “Each time our great nation has been tested, we have always been able to meet any moment and conquer any challenge together.”