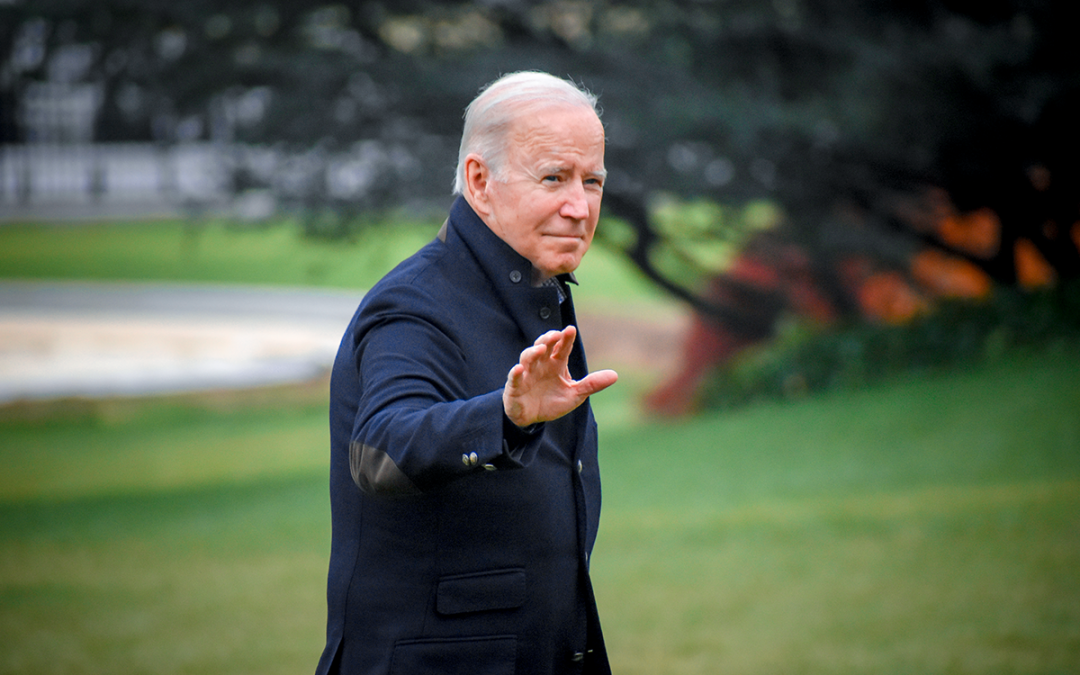 WASHINGTON – Data on global temperatures and greenhouse gas emissions released this week shows the United States is not on a path toward meeting President Joe Biden’s ambitious climate change goals. The announcements come at the start of a year when the president’s climate agenda will face multiple challenges.

According to Russell Vose, chief of climate monitoring at the National Oceanic and Atmospheric Administration’s National Center for Climate Information,  the U.S. is not on track to fulfill the objective laid out in the Paris Climate Agreement.

Vose said that global temperatures could surpass 1.5 degrees Celsius above pre-industrial levels––the threshold to which the treaty aims to limit global warming––at least once by the early 2030s and “almost certainly” by the 2040s.

Multiple global temperature reports for 2021 released on Thursday concluded that while temperatures last year did not break any records, they continued a clear trend of global warming.

Annual temperature averages aren’t the only measure of human impact on the planet’s climate: U.S. greenhouse gas emissions also rose in 2021, according to an analysis released Monday by the Rhodium Group. Emissions last year increased 6.2% compared to 2020, pushing the U.S. even further off course from Biden’s targets for addressing climate change.

The consequences of these rising greenhouse gas emissions and global temperatures can be seen in extreme weather events at the local and regional level––like the heat wave that baked the Pacific Northwest last summer or the Dixie fire that devastated California.

“We are seeing climate change today. This is not a future problem,” said Lesley Ott, research meteorologist at NASA. “We know that if we want to protect our communities in the future, we have to do something about the root cause of climate change, which scientists know is human emission of greenhouse gasses.”

The Build Back Better Act, which includes $555 billion for clean energy and climate investments, remains stalled in the Senate after Sen. Joe Manchin, D-W. Va., said he would not vote for the $1.7 trillion bill. The Supreme Court is scheduled to hear oral arguments in February in a case that could frustrate the Biden administration’s ability to regulate greenhouse gas emissions from power plants––a contributor to climate change.

And then there are this year’s midterm elections, which are likely to shape lawmakers’ conversations on climate policy ahead of races that place Democrat’s control of Congress in jeopardy.

“It definitely affects what they think is possible in Congress,” said Carrie Jenks, executive director of the Environmental and Energy Law Program at Harvard Law School.

“There are times when data releases or big signal events from the scientific community can galvanize action, but they tend to be few and far between,” Book said.

Book added that repeated amplification of new extremes found in data year after year can be desensitizing.

“It starts to lose some of its impact. Every new data point, rather than becoming more alarming, becomes more familiar in that context,” Book said.

Biden will head to Egypt for the next United Nations climate summit in November, after pledging that the United States would slash carbon emissions by the end of the decade and encouraging other countries to do the same at last year’s gathering in Glasgow.

Yet, urging other countries to act on climate change when the U.S. fell short of its goals to address it could be difficult. Roger Karapin, professor of political science at Hunter College, said he thinks the credibility of the U.S. and President Biden “is going to be dented.”

“(Other countries) want the U.S. to succeed.” Karapin said. “They also want us to look reasonably good… So (Biden) will just be kind of a dented and bruised leader at the next meeting.”