Lawmakers split on effectiveness of Remain in Mexico policy 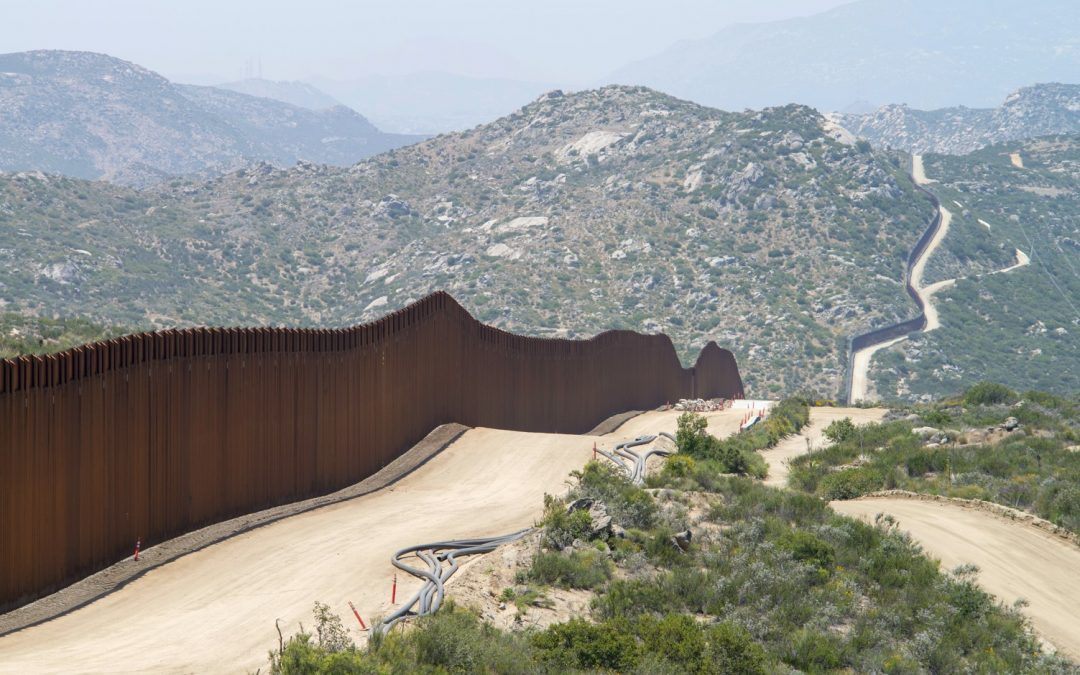 The Mexican-American border, with some construction still ongoing on the American side (Greg Bulla on Unsplash).

WASHINGTON — Republicans and Democrats sparred over immigration policy Wednesday at a House Homeland Security subcommittee hearing on the Trump administration’s “Remain In Mexico” policy that a court ordered President Joe Biden to continue.

Under that policy, officially called the Migrant Protection Protocols, migrants who ask for asylum at or after crossing into the United States are sent back across the southern border to Mexico to await an appearance in a U.S. immigration court.

The Trump-era policy “dismantled the asylum process and forced migrants to wait in dangerous conditions in Mexico until their asylum hearing,” said Rep. Nanette Barragán, D-Calif., chairwoman of the Homeland Security Subcommittee on Border Security, Facilitation and Operations.

Under Trump, nearly 70,000 migrants were sent to Mexico, Barragán said.

Biden attempted to wind down the policy in early 2021, but a federal court in Texas forced the administration to restart it in August. In April, the Supreme Court will hear the president’s appeal of the ruling.

Barragán steered the subcommittee to conduct oversight of how the administration has handled the MPP reimplementation, and “whether they’ve met the high standards required for working with migrants presenting asylum claims,” Barragán said, adding, “I argue that more work needs to be done.”

She said those sent to Mexico to await a decision by an immigration court face unclear guidelines and inaccessible legal representation.

Blas Nuñez-Neto, acting assistant secretary of border and immigration policy at the Department of Homeland Security, said the agency is trying to make legal services more accessible and ask whether the migrants have safety concerns about going back to Mexico.

“I want to be exceptionally clear, however, that this administration recognizes these changes, while significant, are not sufficient to address the concerns we have identified with the program, and we will continue to fight the court’s ruling,” Nuñez-Neto said.

But Republicans defended policy. Louisiana Rep. Clay Higgins, the highest-ranking Republican on the subcommittee, called on Biden to “end this madness” and maintain the policy.

“One year into President Biden’s term, we’ve witnessed total disintegration of law and order at the southern border,” Higgins said. “The cartels run the border. Democrat policies have turned America’s border into a porous superhighway for crime and drugs and human smuggling into our communities and neighborhoods.”

Rep. Andrew Clyde, R-Ga., argued that DHS efforts to ease the policy’s reimplementation — like having WiFi-enabled shelters in Mexico and providing safe travel options for getting to immigration court appearances — are too soft on people crossing the border illegally and may encourage the practice.

Biden’s suspension of border wall construction, executive actions to halt deportation and reinstatement of some Obama-era policies also are at fault, Higgins said.

“We discuss the migrant concerns as if there’s no difference in America any longer between legal immigration and illegal crossing of our sovereign borders,” he said.

Republicans also pushed back on Nuñez-Neto and other DHS officials for criticizing the policy.

“Of what relevance is that? You would agree with me, wouldn’t you, that if you’ve got an obligation under law, that you have to perform the obligation under law without regard to whether you like it or not?” Rep. Dan Bishop, R-N.C., asked Nuñez-Neto.

But Nuñez-Neto maintained that “MPP is not aligned with this administration’s values” and said that DHS is “committed to fighting the court’s order all the way up to the Supreme Court, if needed.”