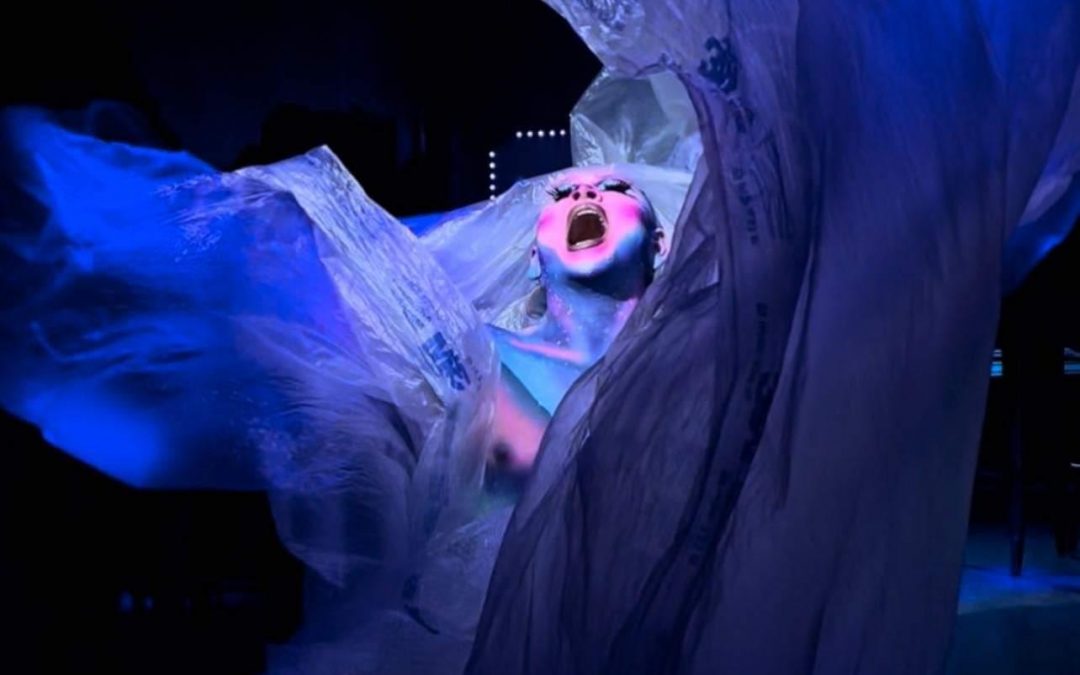 MINNEAPOLIS — Thadd Hall, a two-spirit citizen of the Mandan, Hidatsa and Arikara Nation, still remembers a book that their father kept in the house when they were growing up – “Ethnography and Philology of the Hidatsa Indians” by Washington Matthews, published in 1877.

The book described men who dressed like women and took on feminine roles – the same way Hall, who was assigned male at birth, took on traditionally feminine roles at cultural gatherings.

“The fact that there’s records of this going back that far, it made me realize that how I was experiencing my identity was very culturally-bound,” Hall said.

Two-spirit people have existed for centuries. The definition of two-spirit varies across tribes, but they were commonly Native people who did not adhere to gender roles or heterosexuality. Two-spirit people were traditionally held in high esteem until colonizers’ western religion and forced assimilation forced them to eradicate or hide their identities due to fear of persecution.

The Relocation Act of 1956, forcing Native people to assimilate into cities, led to Minneapolis’ tight-knit Native community, making the city a destination for Native artists. Two-spirit artists in Minneapolis are preserving their tribes’ cultural identities, but also their two-spirit identities.

“Art is culture and culture is art,” said Jesse Valentin, a two-spirit Diné person. “We can’t ignore the importance of that.”

Jesse Valentin grew up on the Navajo Nation in New Mexico until they were 12 years old. Their family moved to Wisconsin so they would have access to better educational opportunities.

“I had to take so many classes over again,” Valentin said. “It wasn’t that I was stupid – I was told I was – it was that I just wasn’t getting the same education as a fourth grader, or the fifth grader in Wisconsin was getting.”

They transitioned from female to masculine-presenting at 21. Growing up as a “tomboy” came with bullying from peers and teachers, but their grandparents’ traditional values reminded Valentin that their identity was not a mistake.

“They always told me I was valued and loved and (that) I had a special place,” Valentin said. “The creator created me as a two-spirit person.”

“I wouldn’t say drug and alcohol addiction is unique to me,” Valentin said. “I would say every two-spirit person I know has had a problem with drugs or alcohol or self-harm.”

Today, Valentin lives in Minneapolis and works as a social worker. Maintaining a creative outlet is important to them. Their grandfather was a silversmith so they grew up around jewelry-making, the art that Valentin makes today through their business, Nizhoni Jewelry Design.

Native people practice jewelry-making differently than others, they said. The types of and amount of materials Diné jewelers use are all intentional – for example, turquoise is a part of their creation story so it is used as a form of protection.

Nizhoni Jewelry Design prioritizes sustainability, sourcing from manufacturers and materials that have minimal impact on the environment, and inclusivity, avoiding gender stereotypes.

“People automatically assume that (jewelry) should be worn by one type of person or another type of person, but you wouldn’t say that about a painting or a sculpture or pottery,” Valentin said.

Making jewelry for someone else is “a sacred, beautiful act,” they said. Valentin hopes to eventually be able to donate profits from Nizhoni Jewelry Design to the homeless two-spirit community.

Thadd Hall grew up on the Fort Berthold Indian Reservation in North Dakota.

“A lot of my earliest memories are out on the prairie,” Hall said. “Late nights when we weren’t working and seeing those northern lights overhead.”

The reservation covers much of the Bakken Formation – an epicenter for the U.S. oil boom. Oil drilling changed the once tranquil reservation.

“Seeing what oil did really radicalized me,” said Hall, who now uses their paintings, makeup artistry, and digital and performance art as a form of climate activism.

Hall obtained their degree in Scotland where they began to explore their gender and sexuality and delve into makeup artistry. Being “pretty” with makeup wasn’t the goal, Hall said. The goal was transformation.

“I started just throwing color on and seeing what I could turn myself into,” Hall said.

Being in Scotland during the Standing Rock protests in 2016 made Hall feel helpless, leading them to reflect on their Native identity. They began to identify as two-spirit the same year.

“I was just using gay as a blanket term for quite a while, but it never really quite fit,” they said.

Hall worked in the television and film industry in Los Angeles for two years and began to perform in drag. In 2018, they chose the drag name Arágidi, inspired by a Native term for “scorched earth.”

“I’ve always used my time on stage to bring attention to a lot of things that get overlooked,” Hall said. “For a lot of Americans, they learn about Native people in elementary school and then never again. So, if I can kind of force people to remember that we’re here and have them walk away thinking, that’s a success to me.”

They moved to Minneapolis in October 2020 where they have continued to perform in drag as a form of activism. One of their well-known Minneapolis performances features Hall in pink and blue makeup, appearing to suffocate themselves with a large plastic bag to raise climate change awareness.

“Without fail, every show I do, people are so thankful for what I bring to a show,” Hall said.

Karri Plowman, a Paiute two-spirit person from California, moved to Minneapolis in 1992 to attend the University of Minnesota for American Indian studies, history and urban anthropology.

Plowman dedicated his life to urban Native representation as former executive director of the
Minnesota American Indian Chamber of Commerce and as a lobbyist for various Native organizations, such as the Metropolitan Urban Indian Directors.

Plowman recalls something a historian once told him: Wars and elections, significant moments in history, are like the caps of waves. The real history is the undercurrent – quiet and slowly moving. That’s why Native history should be told by Native people, he said.

“You don’t necessarily read about the camaraderie in the community that we have after a sweat or when we sit down to eat,” Plowman said. “Those aren’t things in a history book, but those are important things to us. Those are important ways that we maintain connection.”

When Plowman retired, his two-spirit identity attracted him to the prominent LGBTQ+ community in the leather scene.

Leather-making wasn’t a new concept for him; as a Native person, he had experience making traditional leather regalia for his two daughters.

“I started working and helping out somebody at a little leather store in the cities, and eventually started managing that store, and then when they moved away, I opened up my own store,” he said.

Plowman first opened Twin Cities Leather and Latte in 2012, and then relocated to a larger space in 2013. The leather shop and coffeehouse eventually served as a safe place for groups in the 12-step recovery program and leather/kink community to meet.

Due to financial constraints, Plowman announced in 2019 that the shop would close. The community raised $11,000 to keep the shop open, but it still had to close its doors. He continues to make custom leather fashion at the Twin Cities Leather website.

It wasn’t until recently that Plowman began putting more of his two-spirit identity into his work. He is adding “tweaks” to pieces that Native people can recognize as traditional and creating pieces that people can wear in their everyday lives.

“There’s a gentleman who’s now a college professor, a Native two-spirit person who wants to have a leather vest they can wear both professionally and if they want to come to a leather event, and it never occurred to them that they can represent until they saw my work,” he said.