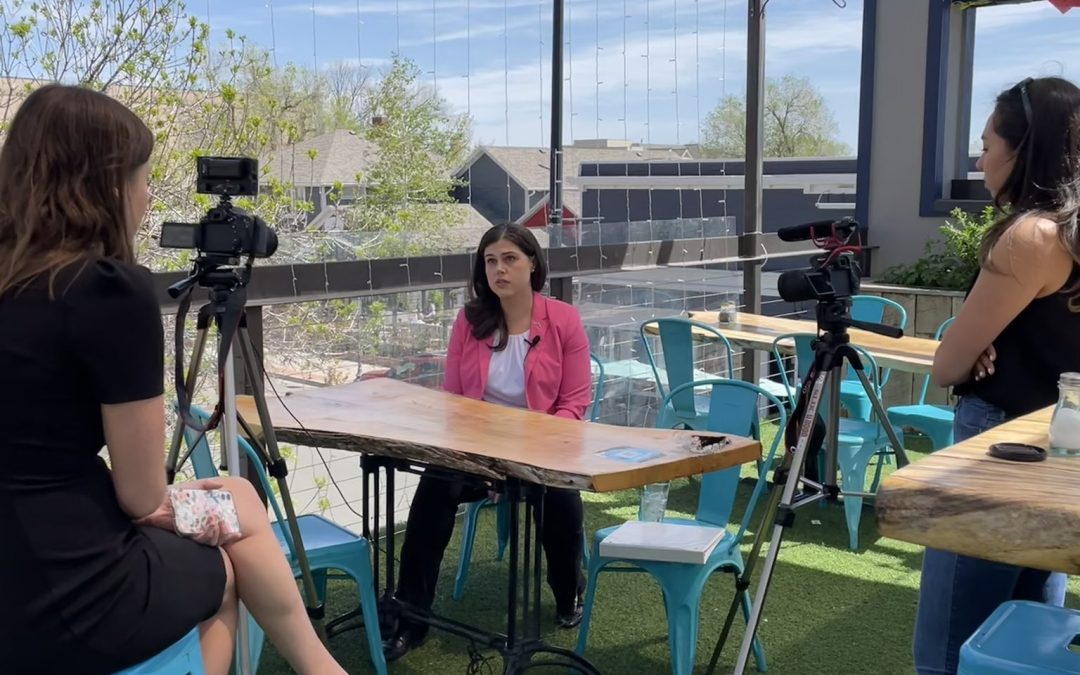 DENVER – A trio of Republicans are jostling for the GOP nomination in the Colorado secretary of state primaries, with former Mesa County Clerk Tina Peters, indicted on election fraud charges, leading the Republican fundraising but well behind Democrat incumbent Jena Griswold.

In 2020, Griswold became the first Democrat in 60 years to hold the secretary of state position in Colorado. This year, she’s running unopposed in the primaries, and has raked in record fundraising of more than $2.5 million as of May 16.

Peters has outraised her Republican opponents, with over $160,000, and has gained traction with supporters of the Big Lie – but the state GOP refused to endorse her and asked her to suspend her campaign. Peters has also been barred by a judge from overseeing the 2022 elections in Mesa County.

Indicted by a grand jury on 10 counts based on allegations of tampering with election equipment and official misconduct, Peters faces seven felony charges and four misdemeanors. An ongoing investigation examines her role in assuming the identity of another individual in order to gain access to and share voting machine hard drives with election conspiracy theorists.

Some predict that, despite the indictment, her name will be on the ballot in the Nov. 8 general election.

“I imagine given the complexity of the investigation . . . it’s pretty unlikely that a trial would occur before the November election,” said Mesa County District Attorney Dan Rubenstein. He noted that if convicted on all charges, Peters could face more than 20 years in state prison.

A potential dark horse in the Republican primaries is moderate Pam Anderson, a former Jefferson County and municipal clerk who rejects Trump-camp rhetoric about the 2020 election. In Georgia’s contested race that year, Anderson participated in certifying the recount that confirmed the state for Democrat then-candidate Joe Biden.

Anderson has been endorsed by Griswold’s predecessor, former secretary of state Wayne Williams, who replaced Peters as a Mesa County elections official after she was barred from overseeing this year’s election.

In the ring with Peters and Anderson is Mike O’Donnell, an immigrant from Australia whose platform focuses on pushing the secretary of state’s role to promote businesses in the state.

“Tina and the Secretary of State [Griswold] are going hammer and tongs, blasting each other in the media all the time,” O’Donnell said. “And then at the other end, you’ve got Pam and Tina going at each other.”

Peters’ extremism has generated high–profile press and “galvanized a lot of people,” creating “a lot of interest towards that sort of candidate,” O’Donnell said.

Looking ahead to the general election, Swing said Anderson and Griswold “have a realistic chance of being elected,” compared to the volatility of a Peters candidacy.

“If the Republicans nominate Tina Peters, I think they’re going to be slaughtered in the election. They’re going to lose by landslide. And it makes a spectacle out of the whole process,” he said.