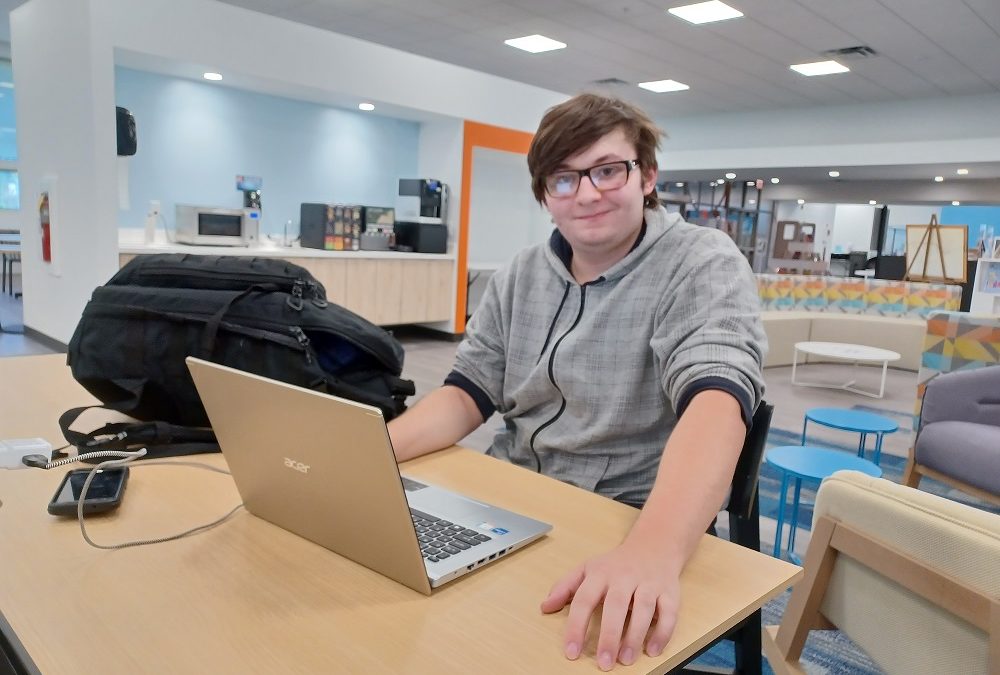 MONACA, Pa. — As the child of a single mom, Frank Perrone was influenced more by his mother than anyone else. He said he would never forget how sad his mother was on June 24, when the Supreme Court ended the national right to abortion.

“I felt so bad because there was nothing I could do at the time. But I realized that once I turned 18, I could at least try to do something to make a change, and that would be voting,” Perrone said.

Perrone, a freshman at Community College of Beaver County in the southwest part of Pennsylvania, is eager to vote in the midterm elections for the first time in his life. But with just weeks to go before the election day, he was not sure of the exact election date. He didn’t know any candidates’ names in Pennsylvania either. Nevertheless, Perrone vowed he would research each candidate for at least one hour before election day so he could “definitely elect someone who supports abortion.”

Many young people have been energized to vote because of new restrictions on abortion but know very little about voting. In interviews earlier this month with more than ten students at three campuses in Western Pennsylvania, only one could name candidates.  And most seemed uninformed about voting procedures and candidates’ agendas.

Before the Supreme Court decision, many young people thought of voting as “mainly someone else’s problem,” said Lara Putman, a history professor at the University of Pittsburgh. She said some of them were moved to register to vote because abortion was a “material and real social issue,” making many young people feel like “there’s gonna be something on the ballot that’s relevant to me,” added Putnam.

These newly registered young voters may be key to the midterm races in Pennsylvania. Pennsylvania topped rankings of the races for both senator and governor where the youth vote matters most, according to the Center for Information and Research on Civic Learning & Engagements at Tufts University. Young people make up 16% of the state’s population, but the 69% youth registration rate is above average.

The voting rate among the student population at the University of Pittsburgh is even higher. It was 78.5% in 2020.

Sasha, an 18-year-old biology student at the University of Pittsburgh, talked about voting while leaning against the stone cathedral on campus. She, like Perrone, had registered to vote but didn’t know the names of any candidates in Pennsylvania, where she has lived since she was born.

“I just want to advocate for abortion rights and vote for whoever supports them,” said Sasha, who declined to give her last name. “I’m not that into politics.”

Sasha said that she could not even clearly distinguish the difference between Democrats and Republicans. However, her friend’s experience convinced Sasha that abortion rights would be her top issue for midterm voting.

A close friend of Sasha’s recently got raped, which resulted in pregnancy. The possibility that abortion could be banned in Pennsylvania terrified Sasha.

She imagined what would have happened to that friend if abortion were banned in their state. “Her life will be entirely changed. The child is from the man who raped her, you know, ” Sasha said as tears dripped down her cheeks.

Just a few blocks away, at Carnegie Mellon University, Yasanni Core, 18, will also vote for the first time next month. She said that she registered to vote in Allegheny County, Pennsylvania, rather than in Houston, her hometown.

Abortion was the first issue in Core’s mind. Core said her family solidly supports abortion rights. However, in Texas, there is little chance of pro-choice candidates winning statewide elections. She said her parents gradually became indifferent to voting.

“Nothing gonna change if you decide not to vote,” Core said, even though she had not yet done any research on Pennsylvania candidates.

The restriction of abortion rights has driven young voters to engage, but not all plan to vote for candidates who want to defend abortion.

Tess Porterfield, 18, a Beaver County native and biology student at a local community college, said she wants to support candidates who are against abortion.

“As someone who likes biology, it doesn’t make much sense to me to say that a baby is not a person,” Porterfield said, “A baby in a woman’s body is a separate human and has its own unique gene code.”