Age no limit for Masters track and field athletes 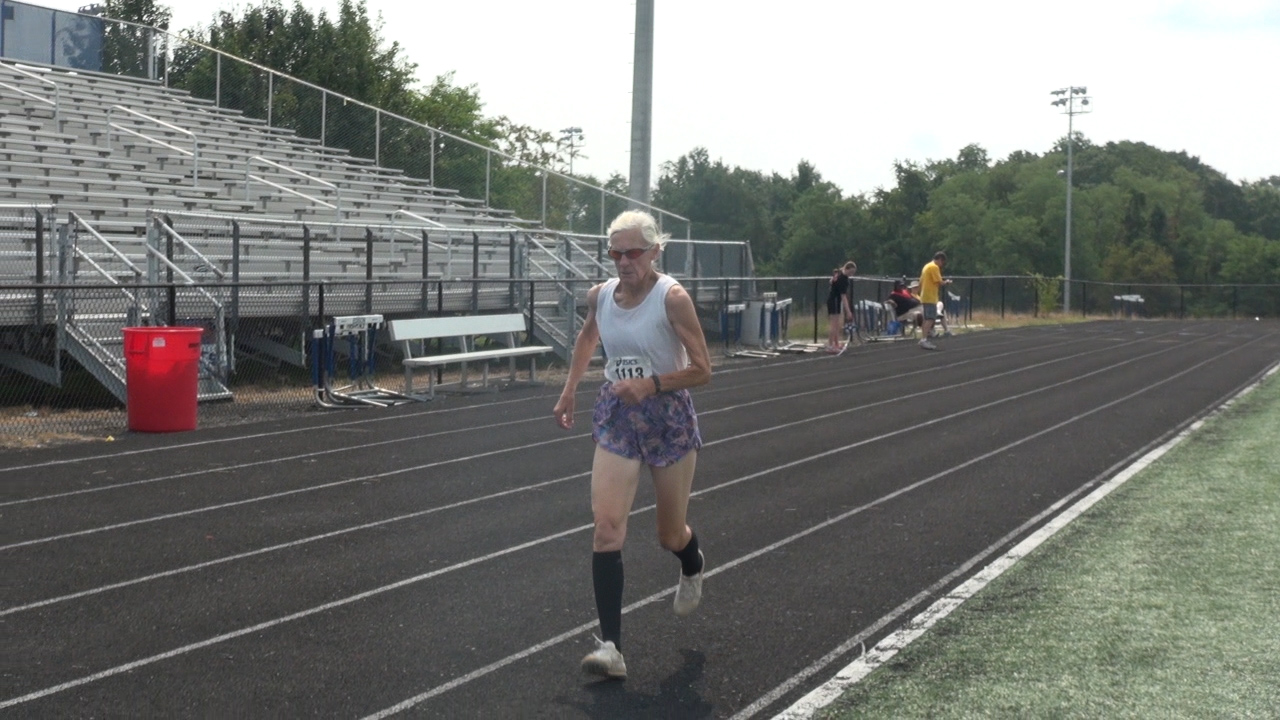 ALEXANDRIA, Va. — Standing in the infield at Edison High School’s track, outside of Washington, D.C., I had a double-take moment. Among the teenagers and little kids swarming over the track, I glimpsed a woman in her 70s running down the backstretch of a 400-meter race.

Then I looked over at the high jump pit, where a man in his 50s was leaping over the bar as younger competitors watched.

But it turns out I shouldn’t have been surprised. I quickly learned that Masters track started in the 1960s for athletes ages 30-and-up to compete in age-segregated track competitions around the United States.

Masters track and field is now part of USA Track and Field’s array of programming; its annual championship was held in July in Winston-Salem, N.C. Athletes are separated into five-year age groups, and can compete as long as they are able.

But Masters track isn’t about being the greatest. It’s about doing the best with what you have, and Saturday’s meet had this kind of feel. As an all-comers competition, anyone in any age group could sign up, get a lane and compete. Because athletes from an array of age groups showed up, the meet organizers grouped heats by time, height and distance, which meant seniors competed against younger athletes in many cases.

For Jay Wind, 64, secretary of the Potomac Valley Track Club, the D.C.-area group that sponsored the meet, Saturday revolved around running. 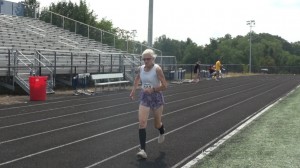 So why do these senior and middle-aged athletes, when no one would complain if they chose to sit at home and watch The Price is Right, decide to spend so much time running, walking, jumping and throwing things? For Bob Weiner, 67, a Potomac Valley member and the USATF Masters media chair, staying fit is the primary goal.

Before the mile race, Weiner said his times wouldn’t be anywhere near where they used to be in his younger days, but that staying in shape is enough.

“When you get into Masters track … you want to do it for lifetime fitness, and your open times shouldn’t matter. It’s distressing to me when I see people who were fast open and then quit because they can’t maintain their times.”

Tami Graf, the 78-year-old who got my attention when she ran the 400 meters, said she just enjoys running and sees competitions as motivation to keep training, even after 33 years as a runner.

“I like to run; I like to try to run fast,” Graf said. “I like the feeling that I have to prepare during the week in order to race on the weekend.”

Ted Poulos, a 52-year-old distance runner, takes pride in having run more than 4,700 races. He said Masters track allows him to gauge his athleticism from year to year.

“[Masters track] gets me excited about training every day,” Poulos said. “It’s good to see how strong my body’s held up over the years, and by racing. II can measure myself year to year to see how I’m improving or declining, or just see how much my fitness is every day.”

For Wanda Lehman, 59, whose Saturday 100-meter race was her first ever track competition, the goal was to “get [her] feet wet with running an event.”