John Wall on the Wizards: ‘The only team I want to be with’ 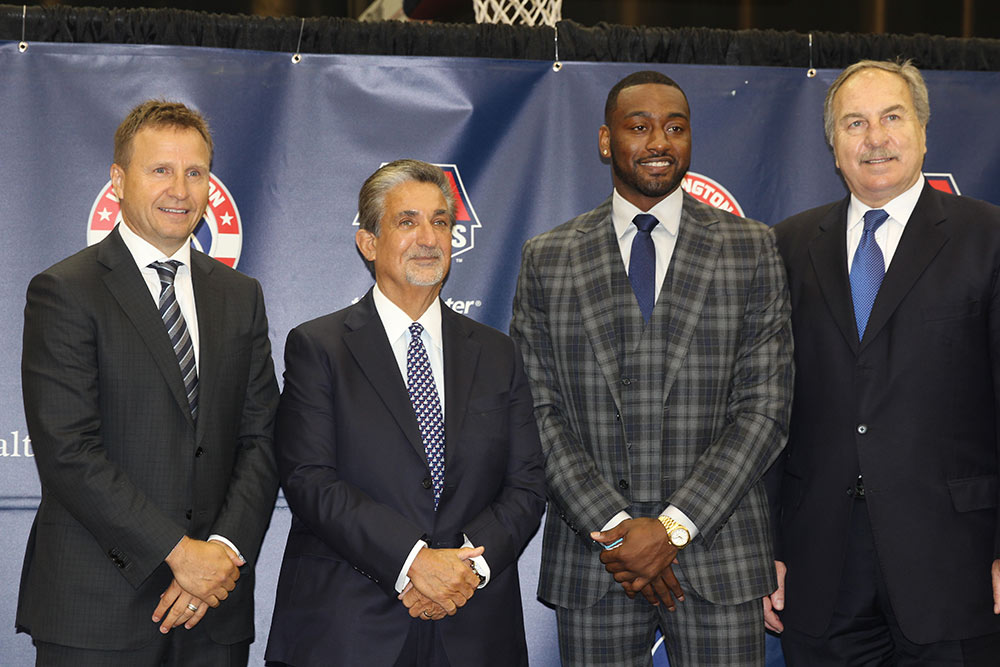 WASHINGTON — Unlike their Eastern Conference foes, the Washington Wizards haven’t been affected by the drama of the NBA offseason.

While the East lost some big stars to the Western Conference, the Wizards inked their star guard John Wall to a four-year, $170 million extension, keeping Wall in the District through the 2022-23 season.

According to Wall, it was an easy decision.

“This is the only team I want to be with,” the All-NBA veteran said. “Everybody was panicking and wondering why I didn’t sign my extension. Y’all didn’t have to worry. This is the city I love being in and love playing here.”

Remember back to when the 26-year-old drilled a three-pointer with 3.5 seconds left to force a Game 7 against the Boston Celtics in last year’s NBA playoffs. Wall climbed atop the scorer’s table and announced that “(Washington, D.C.) is my city.”

Now, that city can continue to watch the former Kentucky Wildcat lead its team on a quest for a championship.

“Y’all met a skinny kid at 19 years old that wasn’t a man yet,” Wall said. “He was probably 199 pounds soaking wet. I grew up as a man and I grew up as a basketball player. They dealt with my injuries and they dealt with the tough times that I’ve had. The city embraced me and I embraced the city back.”

With all the roster shakeups in the NBA during the offseason, it was important to the Wizards to keep the roster not only intact, but also drama-free.

“I knew that John would want to do this,” Leonsis said. “Not because of conversations with John or people around him. But simply because I knew that’s the kind of person he is. Loyalty and living up to commitments is fantastic.”

The Wizards haven’t seen a championship banner raised since 1978, when they were the Washington Bullets. Last season, Wall led the team to a 49-win season that clinched the division for the first time in 38 years.

“This is the team I want to be with for the rest of my career. Hopefully we can get that done,” Wall said. “I won’t stop until I get a jersey retirement here and a banner here for a championship in the rafters. Let’s keep it going.”

For Wall, it’s not just about basketball, it’s about giving back to the community.

“The most important part is I didn’t get put on this earth just to play basketball,” Wall said. “Being in the position that I’m in to give back is a great opportunity. I enjoy putting smiles on other people’s faces.”