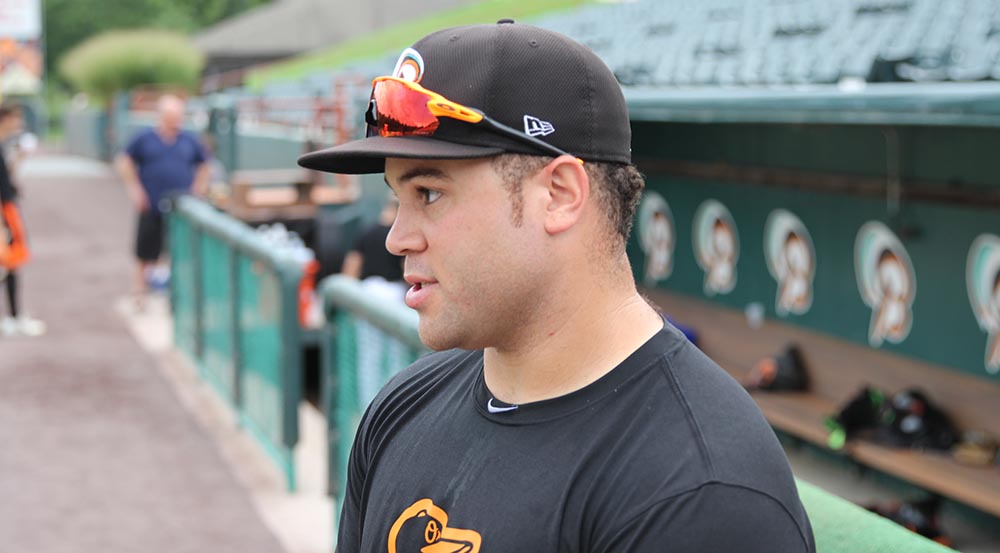 BOWIE, Md.—Things are finally clicking at the plate this year for Bowie Baysox outfielder D.J. Stewart.

During his three seasons in the minor leagues, Stewart has focused on adjusting his stance at the plate from a crouch to a more upright, standing position. Currently hitting .261 with 66 RBIs and 16 home runs in 105 games, Stewart attributes this season’s success to his improved mechanics.

“[You’re] adjusting your eye level,” Stewart said. “The pitch is going to look a little different just because you’re at one level to the ground to the next. That’s probably the biggest thing.”

The Baltimore Orioles, who took him as the 25th overall pick in the first round of the 2015 draft, had high hopes for Stewart advancing quickly through the farm system.

His unorthodox style of crouching at the plate with the bat pointed down behind his head didn’t slow him down at Florida State University. He was named the 2014 ACC Player of the Year as a sophomore playing for the Seminoles. He entered the draft after his junior year, finishing with a career .344/.481/.570 slash line in 177 games.

Orioles scouting reports showed early predictions that the organization thought Stewart would have reached the Triple A level by now, but they decided they needed to tweak his mechanics.

Stewart played for the Low A short season Aberdeen Ironbirds in 2015, where the Orioles started to straighten out his crouch at the plate and get him to hold his bat more level. In 62 games, his .218 batting average and .288 on base percentage disappointed.

The outfielder divided his time in 2016 between the Class A Delmarva Shorebirds and Class A Advanced Frederick Keys. He finished the year with a .254 batting average and .377 on base percentage in 121 games.

He has spent all of the 2017 season with the Double A Baysox and is confident in his progression.

“Any time you make a big change like that it’s going to take a little bit of time,” Stewart said. “This year it’s starting to click for me a little bit. I’m feeling more and more comfortable in the box.”