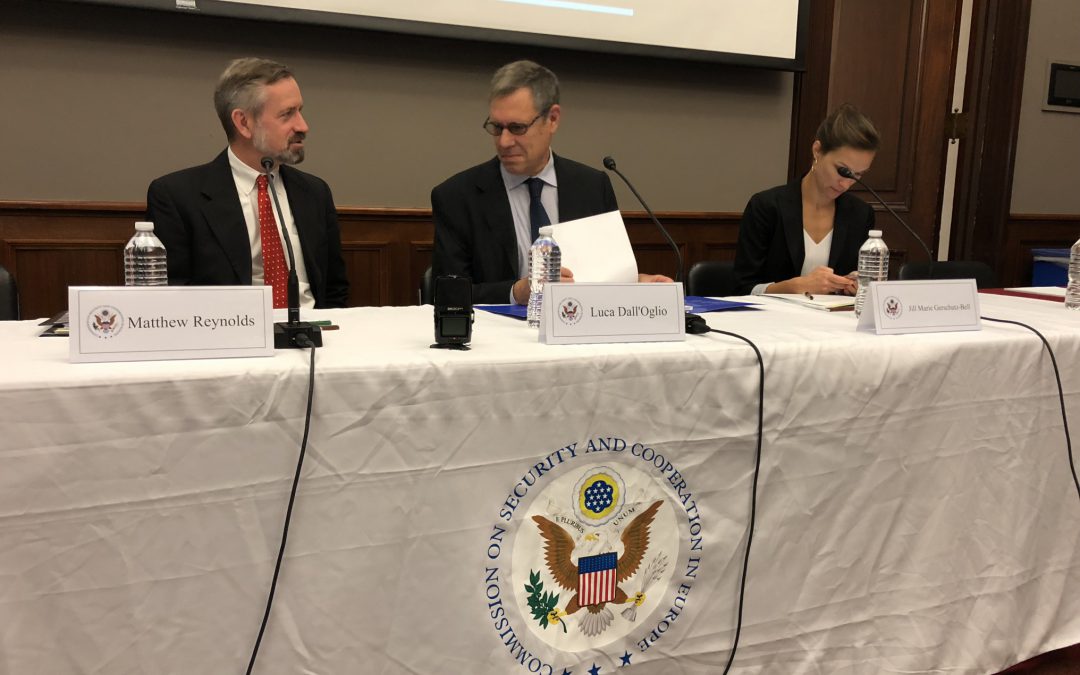 Luca Dall'Oglio, chief of the Mission of the International Organization for Migration, spoke at the Helsinki Committee (MNS)

WASHINGTON – The United Nations needs to support Turkey and ensure its cooperation to deal with Europe’s ongoing refugee crisis because it hosts the most refugees,  an official of the United Nations High Commissioner for Refugess said Tuesday.

According to UNHCR data, there are 22.5 million refugees worldwide.

Philip Hyldgaard, executive director of the A21 Campaign, which has offices around the world to fight human trafficking, focused on the need to protect refugees and migrants vulnerable to exploitation by human traffickers. According to Hyldgaard, some refugees were found dead with their organs removed in a surgical fashion.