Photo essay: Inside the U.S. Naval Base at Guantanamo Bay

One of the few photos that is allowed to be taken of the Expeditionary Legal Complex, the location of the current courtroom and temporary holding cells. (Photo by: Ricky Zipp, MNS)

GUANTANAMO BAY, Cuba- From Dec. 2-9, 2017, Medill reporters Oyin Falana and Ricky Zipp spent a week at the U.S. Naval Station Guantanamo Bay for the 26th round of pre-trial hearings for accused mastermind Khalid Sheik Muhammad and four other accused 9/11 co-conspirators. 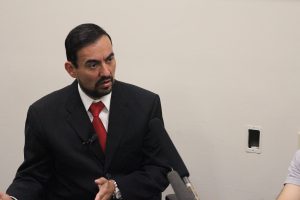 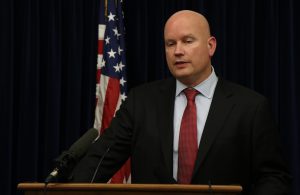 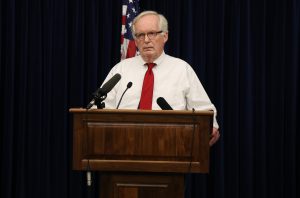 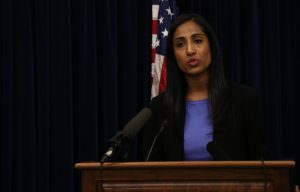 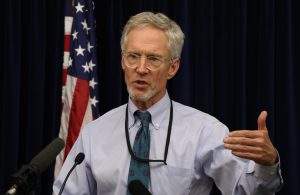 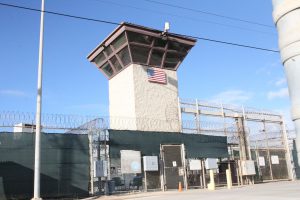 The entrance to detention camps 5 and 6, both of which have been closed due to the reduced number of detainees. (Photo by: Oyin Falana/MNS) 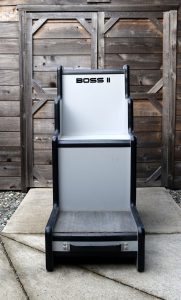 Before detainees are brought into their holding cells, their bodies are scanned for paraphernalia using this chair. (Photo by: Department of Defense) 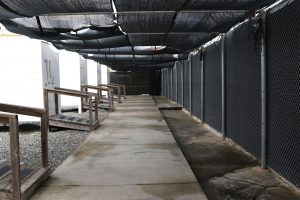 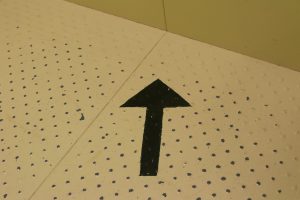 An arrow that points towards Mecca is on the floor of each holding cell to accommodate prayers for the detainees. (Photo by: Department of Defense) 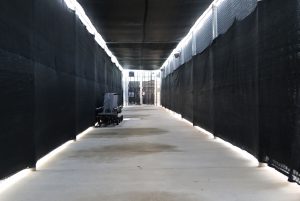 Detainees are escorted down this hallway from the temporary holding cells to the courtroom. (Photo: Department of Defense) 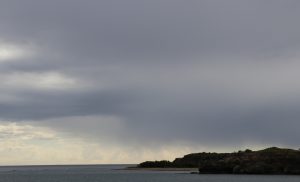 A view of the airstrip where prosecutors, reporters, observers and the five defense teams arrived at the U.S. Naval station at Guantanamo Bay. As seen from the ferry going across Guantanamo Bay. (Photo by: Ricky Zipp/MNS) 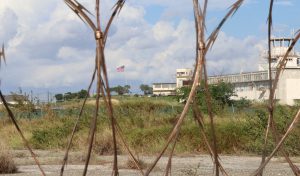 The former air traffic control center and location of the original courthouse where cases involving detainees were heard. The courthouse was built with security measures to allow top secret information to be discussed during proceedings. (Photo by: Ricky Zipp/MNS) 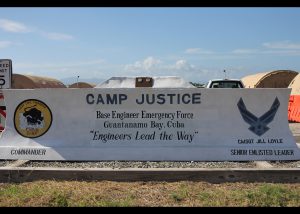 Camp Justice is just outside of the Expeditionary Legal Complex where the current courtroom is located.(Photo by:Oyin Falana/MNS) 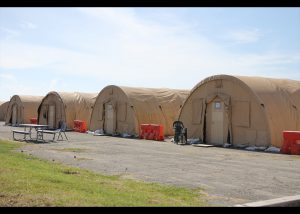 These tents located in Camp Justice, housed reporters and observers from NGOs during the week long pre-trial. (Photo by:Oyin Falana/MNS) 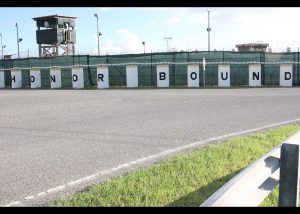 The Joint Task Force rotates the Seven Core Army Values weekly. Honor was the value of the week during the visit. (Photo by: Ovin Falana/MNS) 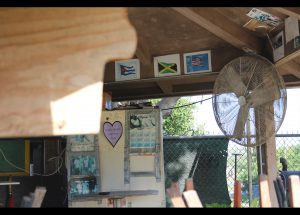 On the base there’s a Jamaican restaurant known as the Jerk House famously known for its oxtails. Pictures of the Cuban, Jamaican and American flags are displayed in the restaurant. (Photo by: Oyin FalanaMNS) 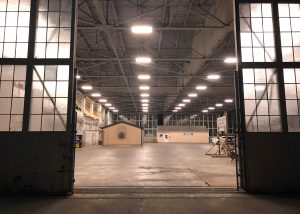 A view inside a repurposed airplane hangar that now serves as the media area. It’s located just outside of the Expeditionary Legal Complex where the courtroom is. (Photo by: Ricky Zipp/MNS) 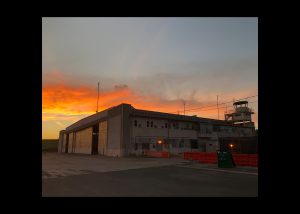 A view of the media area on the last morning of the visit. Defense attorney James Connell said his team does not expect to go to trial until 2020. (Photo by: Ricky Zipp/MNS)