SOTU, refugees and the flu: Stories by Medill D.C. Reporters from Winter 2018 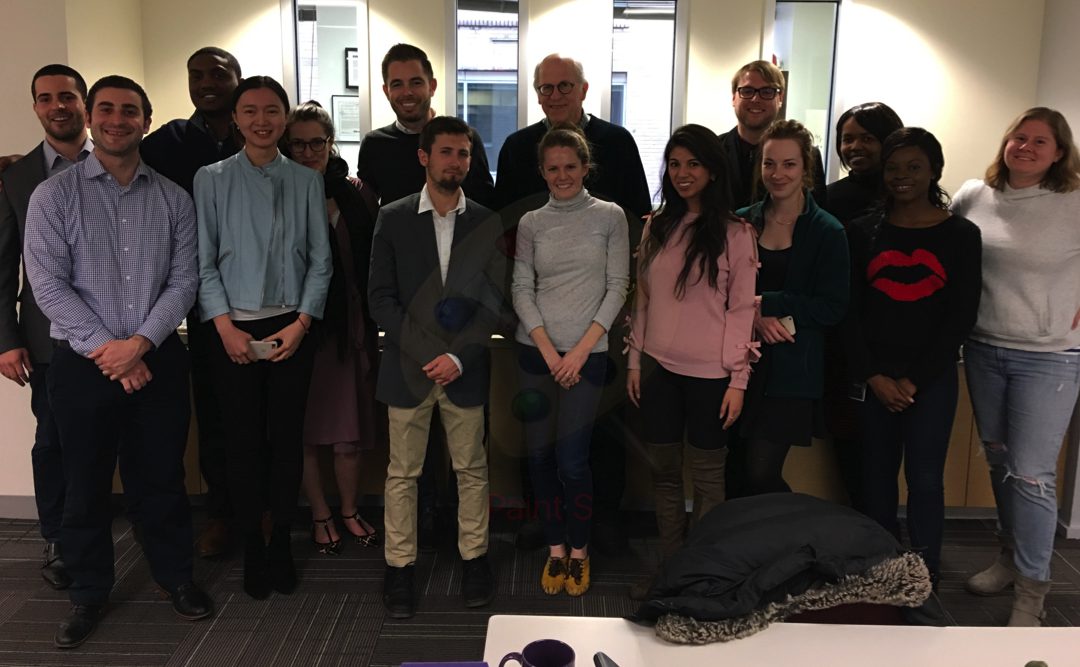 WASHINGTON – Graduate students with Medill News Service in Washington, D.C. were busy this quarter, reporting on issues from national security to politics in the Trump era, as well as publishing stories on social justice, environment and health.

Here are some highlights that came out of the Medill D.C. newsroom during the Winter quarter, including reports from the State of Union, foreign policy reporting from Capitol Hill and refugee stories from Europe.

Kevin Schmidt produced a video from Paris about Heather Young, an organizer of the Refugee Ground Support project. The project aims to provide aid for homeless refugees living on the streets of the city.

Medill Explores gave an opportunity to our reporters to tell stories from the streets of Paris. Ricky Zipp and Oyin Falana published the story of Syrian dancer Yara Al Hasbani, who lost her father in the Syrian conflict. The story was published by U.S. News and World Report on the seventh anniversary of the war in Syria.

David Thill filed a story about an Afghan refugee who is working as an eye surgeon in Paris. His work is helping to restore eyesight for hundreds of Afghan refugees.

Casey Egan argued why the United States should restructure the nature of its ally relationship in Eastern Europe and East Asia to be ready for future threats. He conducted interviews with national security experts for his story.

Joey Mendolia created a video to highlight the Spring Hill Salmon project, which is the first land-based salmon farm in the United States. The project involves raising the fish from egg to harvest in what appears to be a swimming pool in the middle of the mountains.

Jinitzail Hernandez conducted an interview with Gitane DeSilva, the Senior Representative for Alberta, Canada, about how Canadians might react to new tariffs. She was interviewed about her reporting by the Illinois Channel.

Jasmine Khayami met with Iranian-American children and their families in Falls Church, Virginia, for her video story on Nowruz celebrations organized by Farsi Speaking Kids, a group that promotes Iranian culture in Virginia.

Elizabeth Strassner wrote a detailed story on remarks by Donald Trump in his first State of Union Address.

Clarissa Jones spoke with two Temporary Protected Status recipients who have worries about their future in the United States after the Department of Homeland Security announced that it will be terminating TPS for an estimated 200,000 Salvadorans in the U.S.

Gerald Harris wrote a story on the United State’s capacity to respond to possible mass health threats, such as pandemic influenza, Ebola or SARS.

And Matt Sussis wrote for USA TODAY about President Donald Trump’s plan to end family-based migration, also known as chain migration, which some studies say could take years to decrease illegal immigration to the U.S.

See you in the Spring!