WASHINGTON – Bob Bryan appeared to be playing near his former level in his short on-court reunion with brother Mike as the Washington Kastles lost Thursday’s match 13-25 to the San Diego Aviators.

The 40-year-old started the WTT men’s doubles set with Mike, who just won the Wimbledon men’s doubles title with Jack Sack, before being replaced by Frances Tiafoe at 1-1. He did not serve, but won five points in the first two games.

It was Bryan’s first professional game since his hip injury in May during the Madrid Open and a return of the Bryan brothers’ team, one of the most successful doubles squads in tennis history.

“I think this is good timing,” Bryan said before the match. “I’ve been working hard for 10 weeks now — as long as I have ever been sidelined.”

His brother was also happy with Bryan’s return performance.

“(Bob) still needs a little bit to go to get 100 percent healthy, but we are hopeful for the summer,” he said.

Bryan’s pregame test was good, and the early substitution was more about making the best use of the roster than concern about Bryan’s right hip, according to Coach Murphy Jensen.

“Mike is coming off of winning Wimbledon. Bob is coming off an injury. Frances is 45 in the world. [Replacing Bob with Tiafoe] still is the best chance to win the match,” said Jensen. 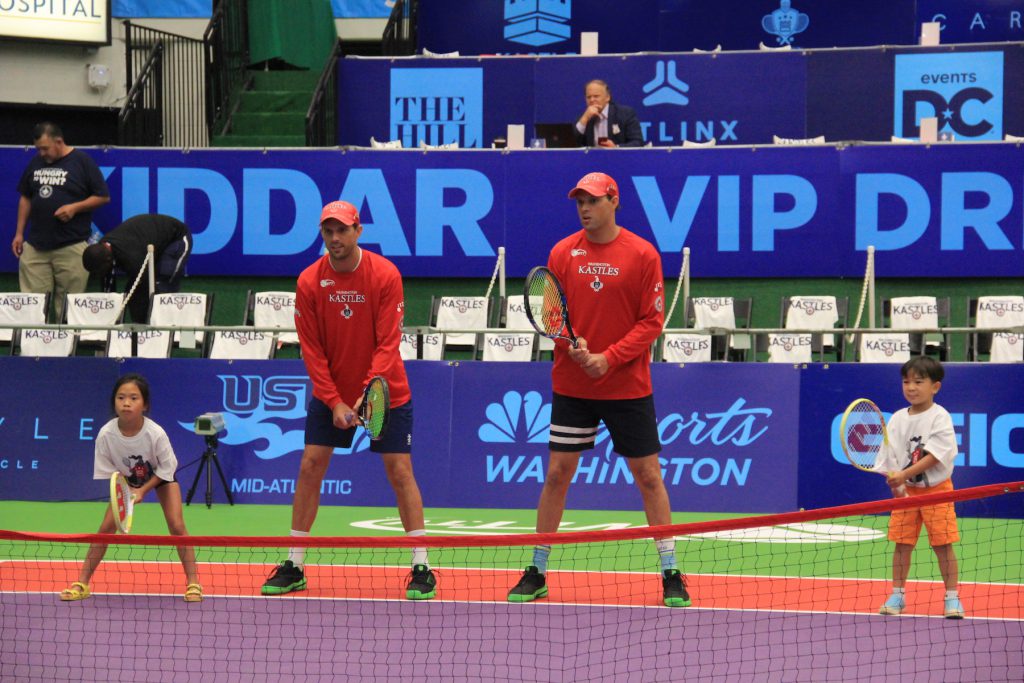 Bob’s injury ended the Bryan brothers’ 76 consecutive Grand Slam appearances. During Bob’s rehabilitation, Mike paired with Sam Querrey in Roland-Garros and was knocked out in the first round. But he clicked with ock at the All England Club, took home his fourth Wimbledon title and became the oldest doubles No.1 player on July 16. Bob is No. 4.

The fact that his broth now has one Grand Slam more than him motived Bryan to get back on the court as soon as possible.

“I don’t know if he will ever catch me, so I might have bragging rights for the rest of my life,” said Mike. “But I am hoping to get another one with Bob.”

The Bryan brothers will play a couple of hard court tournaments until they head to the U.S. Open. It is not clear if they will play for the Kastles again this season.