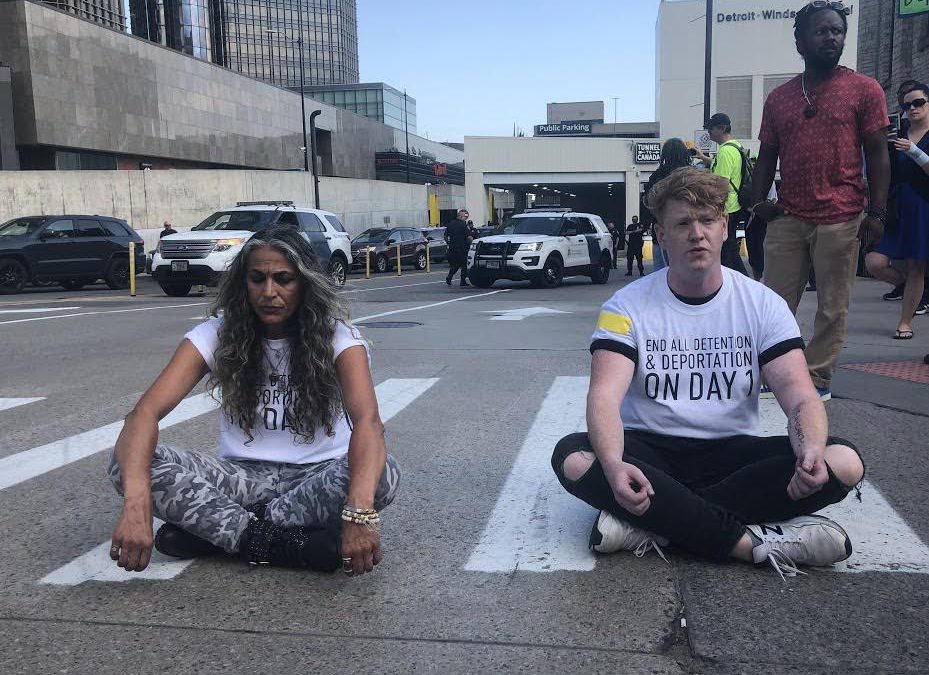 Protestors block the Detroit-Windsor international tunnel during a Wednesday rally ahead of the second Democratic Debate. (Ariana Puzzo/MEDILL)

DETROIT – Activists marched and chanted in the streets of Detroit last week during the two-day Democratic Debates. Local politicians and presidential candidates, such as South Bend, Indiana, Mayor Pete Buttigieg, showed support by attending rallies. The organizers gathered to support issues that mattered most to them, including immigrant rights and supporting union workers.