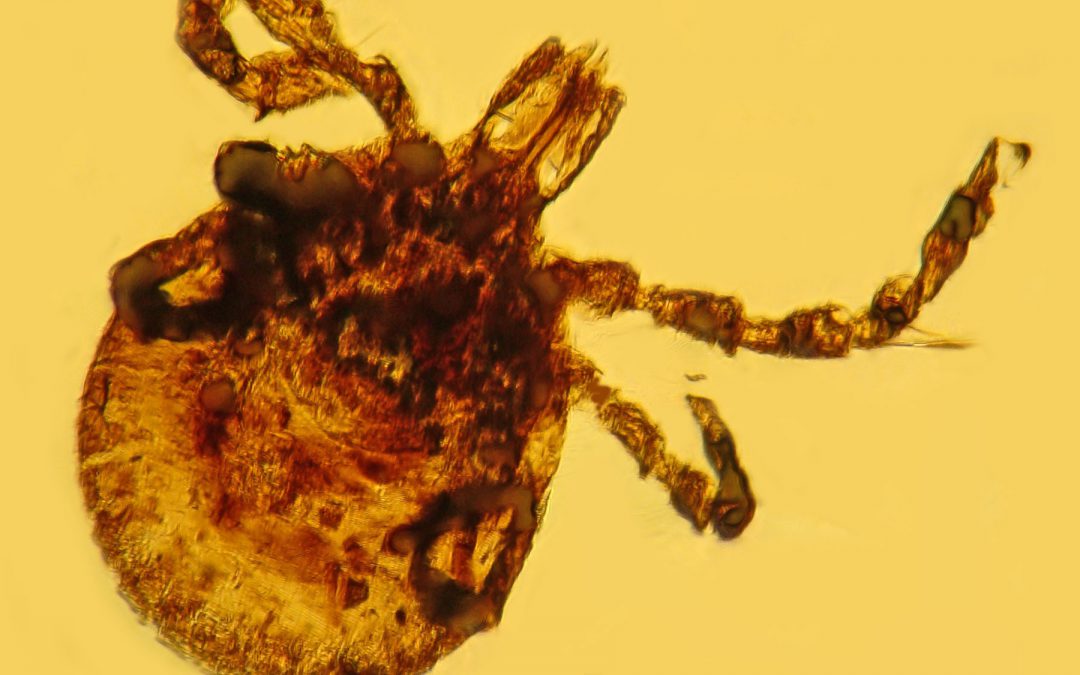 WASHINGTON – It’s the germ of an idea that seems ready-made for internet conspiracists: Is Lyme disease the result of a shadowy bioweapons program that unleashed pathogen-infected ticks on the American public?

Scientists think not. But a recent bill passed by the U.S. House of Representatives and a nonfiction book have lent the theory a measure of legitimacy. Kris Newby’s “Bitten: The Secret History of Lyme Disease and Biological Weapons” (Harper Wave) explores the question of whether researcher Willy Burgdorfer, credited with discovering the Lyme disease bacterium, also helped the military create a virulent tick-borne germ that plagues tens of thousands of Americans each year.

Newby based her book on numerous interviews with the ailing Burgdorfer, who was suffering from Parkinson’s disease when he died in 2014 at the age of 79.

Rep. Chris Smith, R-New Jersey, found Newby’s book credible. The result was an amendment introduced in July that would require the Pentagon to reveal if the military released insects from the Fort Detrick military base in Frederick, Md., or Long Island’s highly classified Plum Island Animal Disease Center, which the Department of Homeland Security now runs to combat infectious foreign animal diseases.

“The millions of people suffering from Lyme and other tick-borne diseases deserve to know the truth,” Smith said when he introduced the amendment.

The amendment passed by a unanimous voice vote. The offices of regional Reps. Antonio Delgado, Elise Stefanik and Paul Tonko said they voted for the amendment as part of a package of tweaks to the bill. Spokespeople for Tonko and Delgado declined to say whether they agreed with the amendment; Stefanik’s spokeswoman pointed to her “strong record of promoting transparency at all levels of government.”

The defense budget bill containing the amendment passed the House last month; a vote in the Senate is expected in September, according to Smith’s office.

Sam Telford, a professor of infectious diseases and global health at Tufts University, says he first heard about the theory decades ago. It took hold because the first cases of the disease were diagnosed in 1975 in Lyme, Conn., across Long Island Sound from the Plum Island facility.

Telford said in a recent telephone interview that the idea that the government engineered Lyme disease is both far-fetched and unfounded.

“There is no factual basis for (the notion of) Lyme disease arising from military experiments,” Telford said. “I don’t know why people are still talking about an idea that came up in the late 1980s and has an awful lot of scientific evidence against it.”

Lyme disease existed long before Burgdorfer identified the bacterium that caused it in 1981 on Long Island. Telford said in a recent article that his research revealed that ticks collected in 1945 were infected with the bacterium that causes Lyme. In an October 2017 article in Nature Ecology & Evolution, researchers found that the Borrelia burgdorferi bacterium, named after Burgdorfer, was present in museum specimens from Cape Cod, Mass., from the 1890s.

“This means the recent emergence of human Lyme disease probably reflects ecological change — climate change and land use changes over the past century — rather than evolutionary change of the bacterium,” the paper stated.

Lyme disease produces fatigue and flu-like symptoms but is rarely fatal, and would make an ineffective bioweapon on the battlefield, Telford said. Also, the disease was detected in patients far away from the military bases at the heart of the conspiracy.

“Once we knew what we were looking for, it was found very readily in ticks from the upper Midwest and from California,” Telford said. “I just wish people would spend their energy on things that are productive — that is, going out and educating people about preventing tick bites.”

Phil Baker, executive director for the American Lyme Disease Foundation, has written about misinformation surrounding the disease. A section of the foundation’s website states that the bacteria that causes the infection predates any biological warfare program, dating to pre-colonial times.

“It seems like the idea that Lyme disease originated from a bioweapons experiment that went amiss is resurrected about every five years,” Baker wrote in an email. “There is absolutely no evidence to support such a view.”

“Bitten” author Newby said in an interview that the “jury is still out” on whether Lyme disease came from bioweapons experiments. She hoped the bill in Congress would lead to some definitive answers.

She argued that her theory did not fall apart because the disease was found in other states. While experts say pathogen-infected ticks deliberately released into the wild would not be able to migrate that far, Newby suggested the insects could have been dropped from military aircraft in different locations during the ’60s, at the height of the government’s Cold War-era bioweapons program.

She conceded that the bacterium would not be an effective weapon on the battlefield. But Lyme disease could have been spread by a more virulent strain of the bacteria that the military created, she said.

“I definitely don’t want to be labeled as a conspiracy theorist because I worked very hard for five years to hinge all my claims with multiple sources and documents,” Newby said. “I knew that this would be a hypothesis that is challenged, but I believe that this information — the sins of our Cold War fathers — needs to come out.”

Joel McCleary, a bioweapons expert interviewed by Newby, said Newby should not be dismissed. He’s convinced the Pentagon will come back with a definitive study of its bioweapons program. He added that it was not inconceivable that the military had weaponized a more virulent strain of bacteria that Newby identifies as the tick-borgerm called rickettsia.

A spokesman for the Centers for Disease Control and Prevention declined to comment.