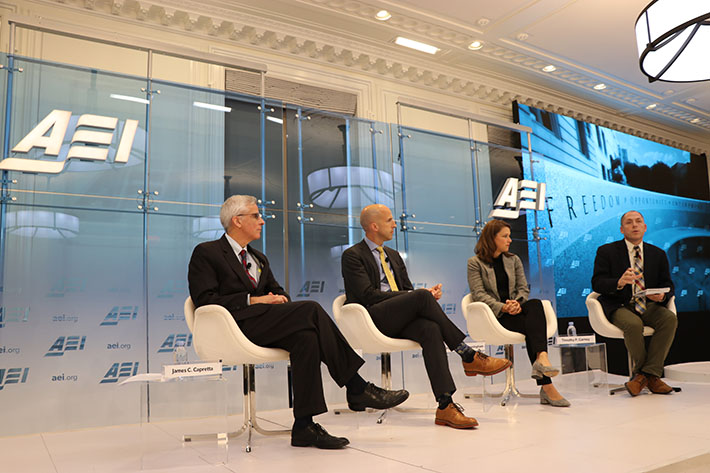 Speaking at the conservative American Enterprise Institute, the experts argued over who benefits and who suffers from Obamacare and who would benefit from Medicare for all proposals. The consensus seemed to be that the latter has many potential shortcomings.

“The hard reality of Medicare for All is that there would be less competition,” said James C. Capretta, resident fellow at AEI and Milton Friedman chair. “When the government is fully in control and sets the price, by definition there will be supply restrictions — people will stop supplying at the level they had before and citizens will have to wait longer to get the care they want.”

When in 2016 Sen. Bernie Sanders included the idea of a health care system fully funded by the government in his presidential platform, the concept took off with many Democrats and was opposed by most Republicans. Yet, according to a 2019 Kaiser Family Foundation poll, around 40 percent of Republicans currently support it.

Supporters of Medicare for all say that health care is a human right and that increasing the number of people in Medicare could rein in growing costs of health care.

“I think it would benefit lower and middle-income consumers,” explained Paige Winfield Cunningham, a health care reporter for The Washington Post. “It will help people who have been left behind by Obamacare. [We are talking of 4-people households] with a $60,000 to $75,000 income, who are still struggling to afford their health insurance.”

According to Michael F. Cannon, director of health policy studies at the libertarian Cato Institute, taxes would have to be raised to cover the costs of Medicare for all. This would result in a “terrible hit to the economy,” he said.

“Collecting $1 of taxes doesn’t cost $1, it costs $1.30, sometimes even $2,” he said, which would result in “less economic activity, less job creation, less growth.”

Capretta said there would be other costs, too.

“How do you measure when people have to wait longer or there is less innovation?” he asked. “These are off-the-book costs that occur in Canada, in the U.K.and in all countries with nationalized systems. People would pay more if they got the services faster, but they can’t. There is a whole dynamic of lost opportunity.”