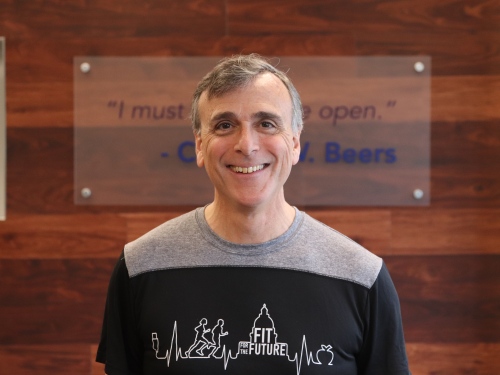 Paul Gionfriddo said the use of the term “China Virus” has led to discriminations against Asian Americans, which is one of the reasons for mental illness in the community.

Racial disparities within the mental health system are being exacerbated during the pandemic, according to experts. Minorities, especially Asian Americans, need more attention and funding to help raise awareness about mental health and address mental illness.

“People of color have experienced trauma in the past and the pandemic has caused many people to go through that again,” said Paul Gionfriddo, the president of Mental Health America (MHA), a community-based nonprofit organization aiming to address mental illness. “Some of the differences among racial groups become more apparent, but they were always there.”

A recent report by the Centers for Disease Control and Prevention showed that minority racial and ethnic groups were significantly more likely to have seriously considered suicide in the previous 30 days than other groups.

According to the MHA’s screening program, in 2020 Asian or Pacific Islander screeners made up 17 percent of the anxiety and depression screening population, compared to 10 percent in 2019. Gionfriddo said the use of the term “China Virus” has led to discriminations against Asian Americans.

“Because Asian Americans are being blamed for this, they’re not seen as worthy of help,” said Gordon C. Nagayama Hall, a professor focused on Asian American psychology at the University of Oregon. “They’re seen as the source of the problem rather than a group that needs attention and support.”

“There is not much attention, not much knowledge, so the problem is largely invisible,” Hall said.

Culturally competent therapists can help people of color who are experiencing mental health problems. Hall said the same ethnic background helps, but it doesn’t mean the therapist has any competence with a particular ethnic group. He added that a Black therapist may grow up in a white community or may have very few experiences of being discriminated.

“It is more important to have a competent therapist than just a therapist of your race or ethnicity,” said Dr Cheryl D. Wills, the chairperson at American Psychiatric Association Presidential Taskforce on the Effect of Structural Racism throughout Psychiatry. “Competent therapists may realize that I don’t get this, but I know I need to learn about it and take the next steps to develop a better appreciation of the problem.”

Some experts said the CDC should devote more attention and funding to build a national database to better analyze racial disparity within the mental health system. Gionfriddo said everyone over the age of 11 should get a mental health screening regularly and the results of the screenings can be part of the aggregated data.

“More than 300 million people would be in there as opposed to the six million that we have collected as one organization,” Gionfriddo said. “We could rebuild our mental health system around the needs of the entire population with all of the nuances.”

However, Gionfriddo added that the current mental health system is built on the needs of providers and payers, not individual patients. The lack of funding also stops professionals to do research on mental health disparities, Hall said.

“People that are doing mental health disparities research are really courageous because there’s not enough rewards or resources to do the work,” Hall said.