Senate VA committee gets an ‘F’ in oversight 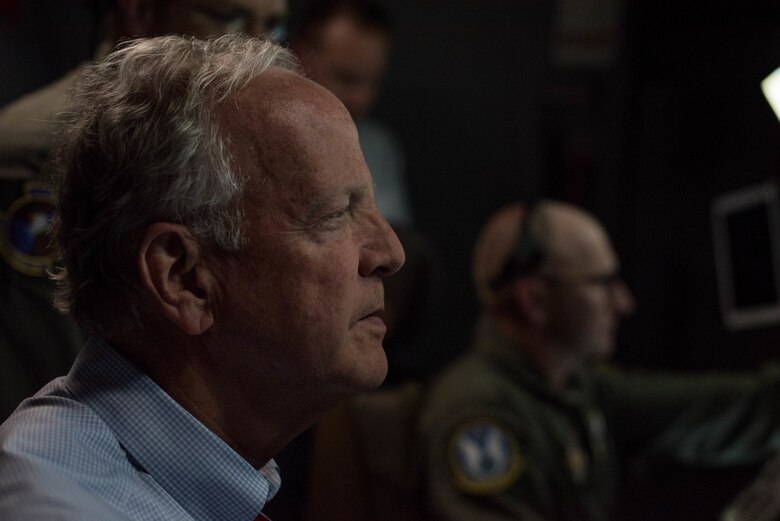 Sen. Moran has been the VA committee chairman since Jan 2020, Photo courtesy of USAF, Airman 1st Class Marc A. Garcia

The Senate Committee on Veterans’ Affairs has been underperforming in its oversight duties, according to an independent grading of congressional oversight.

The committee got an “F” grade from on the Lugar Center’s Congressional Oversight Hearing Index. The center is a non-profit that promotes bipartisan governance. The House Committee on Veterans’ Affairs continued a seven-year streak of “A” grades.

The Senate committee showed the lowest performance of any Congress since 2009, with only 25 total hearings, none of them being directly about investigative oversight. On average, the committee has 37 total hearings, and at least one is on oversight, the Lugar Center report said.

“If a committee is holding any kind of oversight over a federal agency then it will include a congressional hearing,” Jamie Spitz, Assistant Policy Director for Bipartisan Governance at the Lugar Center, said. “In our view, every committee hearing contains some oversight component. This is why we give some oversight credit to every hearing held in Congress.”

“We characterize hearings on the implementation of existing laws as ‘Policy’ hearings,” Spitz said. “We reserve the category of ‘Agency Conduct’ for hearings that investigate malfeasance or failures in the Executive Branch with the aim of illuminating and correcting related problems. ‘Agency Conduct’ and ‘Private Sector Oversight’ hearings (which investigate failures within the private sector) are classified as ‘Investigative Oversight.’”

Despite the VA struggling with testing during the COVID-19 pandemic, and a Government Accountability Office report that found the VA’s sexual harassment policies inadequate, the Lugar Center found that the current Senate VA committee has had no investigative oversight hearings.

“We have seen an absolute abdication of responsibility by Republicans in the Senate to do even basic oversight of the Trump administration,” said Donald Sherman, deputy director of Citizens for Responsibility and Ethics in Washington, a government accountability non-profit.

Sen. Jerry Moran, R-Kan., the Senate Veterans’ Affairs committee chairman, defended his performance running the committee, noting that he was only sworn in as chair in January of this year, and that he held committee hearings every week between the impeachment trial and the COVID-19 outbreak.

“Since Sen. Moran became chairman in January of this year, the Senate Veterans’ Affairs Committee has held 10 oversight hearings, two full committee policy roundtables and two legislative markups favorably reporting 23 pieces of legislation for full Senate consideration, with 14 bills passing the Senate, eight of which have become law,” a spokesperson for Moran. “Chairman Moran will continue this aggressive start to his Chairmanship by working with the House to pass the Moran-Tester comprehensive veterans mental health bill, S. 785, and building on the Committee’s work on veterans’ access to community care, the transition to electronic health records and the VA’s response to the COVID-19 pandemic.”

After President Donald Trump was elected and the Republican Party took control of the Senate in 2016, the Senate VA committee’s grade dropped from a “B-” to a “D-. ”

The House VA committee regularly scores well on the Lugar Center index. That committee has consistently gotten an A since the 113th Congress, despite changes in party leadership of the committee.

However, reliable performance from the House can’t make up for lack of oversight from the Senate, Sherman said.

“The President has said repeatedly over the last several years,” Sherman said. “He doesn’t want his administration to respond to any oversight from Democrats. And so it’s really incumbent upon the Republicans in the Senate to use their power to investigate waste, fraud and abuse at Veterans Affairs,” Sherman said. “Not because what the Democrats are doing isn’t important, but because it seems clear that the administration is this hostile to oversight from the other party.”