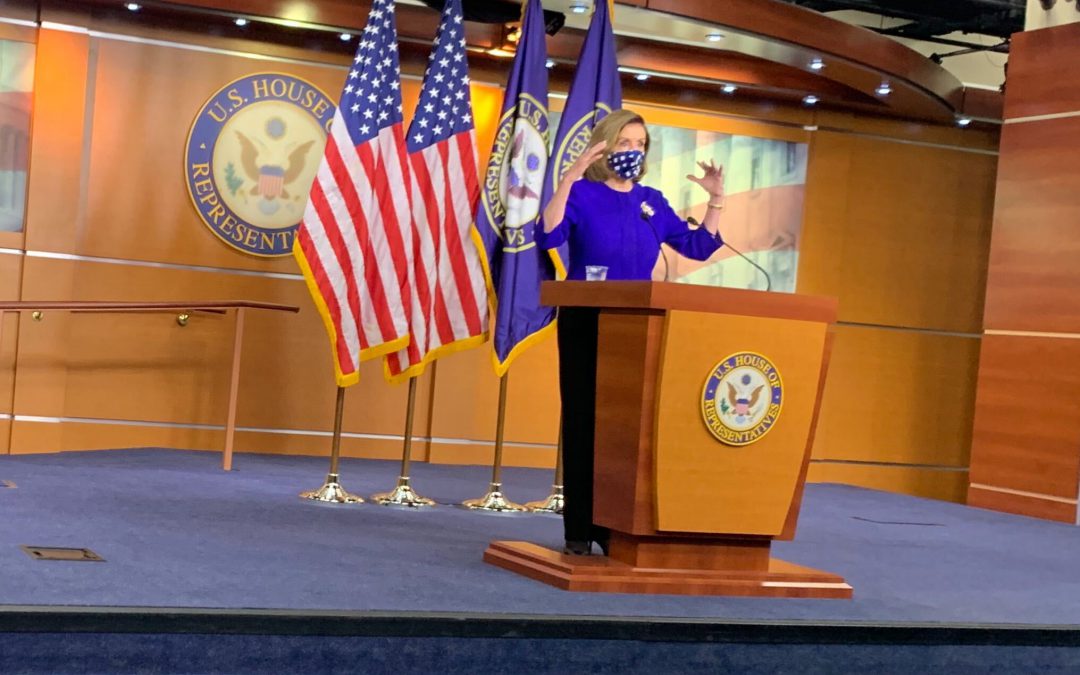 WASHINGTON — House Speaker Nancy Pelosi said Thursday that Democrats and the White House are close to a deal that would provide relief to Americans hit hard by the coronavirus pandemic, but President Donald Trump and other Republican leaders are less optimistic.

Pelosi said that, while the White House hasn’t “completely signed off” on a deal, they’re “just about there.”

Negotiations between Pelosi and Treasury Secretary Steven Mnuchin have dragged on for months as the two have tried to reach an agreement on a roughly $2 trillion deal.

Although Pelosi said she is “optimistic” about reaching an agreement in the next few days, obstacles remain to getting a deal before Election Day. In order for a congressional vote next week, Democrats and the White House would have to reach an agreement this weekend–and there are still several sticking points ranging from state and local funding to liability protections.

But Sen. Richard Shelby, chairman of the Senate Appropriations Committee, said later Thursday that “it’s been a lot of talk, but we haven’t seen any substance.”

Democrats and Republicans have argued over funding for state and local governments since the start of negotiations. Pelosi has claimed that more aid is necessary in order to “crush the virus” and to “honor our heroes as state and local workers.”

Trump has criticized Democrats’ calls for increased state and local funding and tweeted Wednesday, “Just don’t see any way Nancy Pelosi and Cryin’ Chuck Schumer will be willing to do what is right for our great American workers, or our wonderful USA itself, on Stimulus.”

Before a failed Senate vote on a $500 billion GOP stimulus bill Wednesday, Senate Majority Leader Mitch McConnell called Democrats’ demands “silly stuff” and described state and local funding as “wheelbarrows of cash” for governments that “Democrats have mismanaged for decades.”

Pelosi said she is not willing to concede the state and local funding just to get a deal before Election Day.

“We wouldn’t take less of a bill to get it sooner. We want the best bill, in range,” Pelosi said. “We can’t pass a bill that makes matters worse.”

She warned that the time needed to draft a bill and get it through the legislative process and opposition from Senate Republicans remain large obstacles to passing a bill before the election.

Pelosi said that it’s “not her job to get Republican votes” and placed responsibility on Republicans to get a package passed before Election Day.

“It’s not up to me to decide,” she said. “The Senate does. That’s a conversation between the President and the majority leader.”