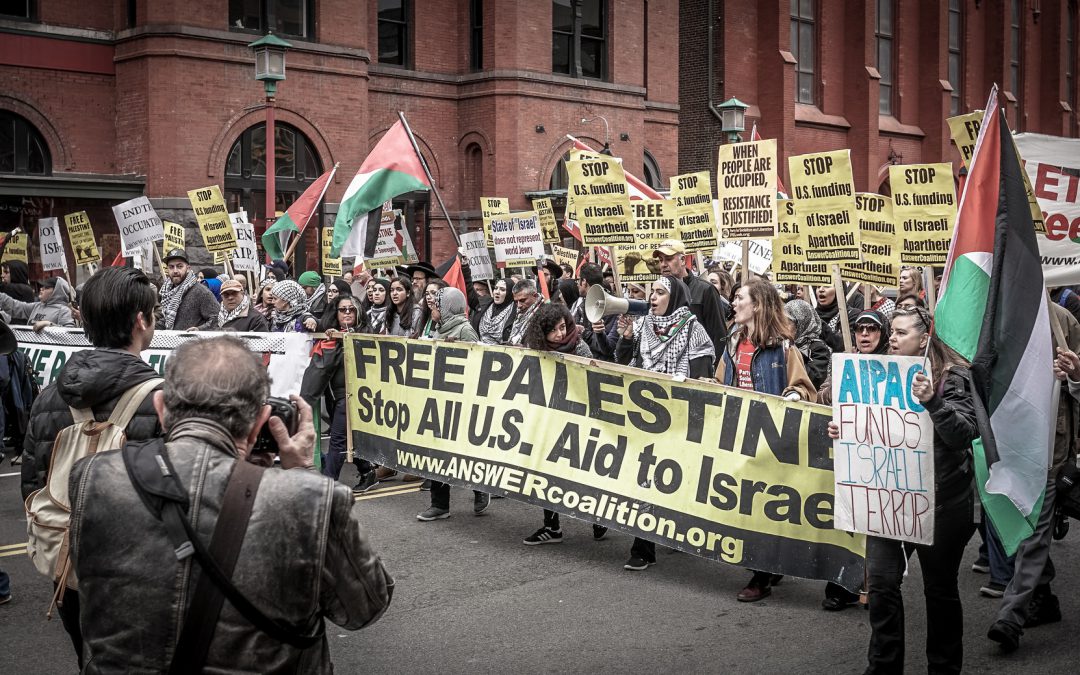 WASHINGTON — Prior to the 2020 election, some Palestinian-Americans felt that although Joe Biden was a better choice for president than President Donald Trump, he was still “the lesser of two evils.”

Six days after Biden’s inauguration, the Biden administration announced that the U.S. would restore relations with Palestine. This restoration of relations would include renewing aid to Palestinian refugees, reopening the Palestine Liberation Organization’s mission office in Washington and rejoining the U.N. Human Rights Council, it was announced.

But the administration will also continue supporting Israel, a commitment some Palestinian-Americans say outweighs the commitment to Palestine.

Mohamad Habehh, national development coordinator for American Muslims for Palestine, a nonprofit organization dedicated to advancing Palestinian rights through advocacy and education in the United States, said the Biden administration has not shown that it is willing to change harmful policies and actions of the Trump administration, most notably by not rescinding the decision to move the U.S. Embassy from Tel Aviv to Jerusalem.

“Biden has claimed to want to be a neutral party,” Habehh said. “But the truth is, I don’t feel that any announcement he’s made as of yet has shown that he is willing to do more than return to the status quo of the pre-Trump era” under former President Barack Obama.

Habehh said the United States is the biggest supporter of Israel, diplomatically and financially.

Lamese Ballout, a Palestinian-American living in suburban Chicago, said she’s glad Biden seems to be taking steps to support Palestinians, but his commitment to Israel is contradictory, although not surprising.

“I don’t think you can expect an American president to not be pro-Israel,” Ballout said. “That’s always been America’s agenda.”

The relationship with Israel dates back to 1948 when the United States was the first country to recognize it as a state when it declared independence.

But Israel’s independence coincides with its occupation of Palestine, which University of California law professor and Middle East scholar George Bisharat calls a “modern incarnation of settler colonialism.”

“Israel is a settler colonial state that was founded in an era of decolonization as the rest of the world’s colonizing powers were withdrawing from Africa, from the Middle East and other regions of the world,” Bisharat said.

Nevertheless, Habehh said, some members of Congress have supported the Palestinian cause, such as Rep. Betty McCollum, D-Minn., who introduced two bills between 2017 and 2019 bringing attention to the Palestinian struggle by focusing on the conflict’s impact on children.

Bisharat acknowledged that, while Biden’s actions are less “crude” and “abrasive” than the Trump administration’s, there is no significant change in American policies toward Palestine or Israel. In fact, Bisharat said, Biden’s steps are potentially more injurious than the previous administration’s policies.

Palestinian-American Ismail Abu Hayyeh, whose family fled from their village in 1948 because of the Israeli occupation, said while Biden’s attempts to restore relations with Palestine look good on the surface, there is no true way to support both Israel and Palestine.

Abu Hayyeh said the support to both sides “makes absolutely no sense because you’re funding an ally” that is actively oppressing another population.

To Abu Hayyeh and Bisharat, “meaningful action” by the Biden administration would be instructing Israel to stop settling the West Bank and withdrawing all military and other support.

Habehh said that to show dedication to the Palestinian cause, the Biden administration “should be willing to hold Israel accountable” for its occupation.

Biden supports a two-state solution as the way to resolve the Palestinian-Israeli conflict. The solution would divide Palestine and Israel into two countries: Palestine for the Arab population and Israel for the Jewish population. But for many Palestinian Americans, this solution is unacceptable.

“I know my family back home would be like, ‘We’re never gonna settle,'” Ballout said.

Abu Hayyeh ardently opposes the two-state solution, saying it would legitimize Israel’s right to land that belonged to Palestinians, including his family. He said he supports a one-state solution but only under certain circumstances.

“I wouldn’t want that government to be a primarily Israeli government because we know where that would lead,” Abu Hayyeh said. “If we are to have a one-state solution, it has to be a Palestinian state, under a Palestinian Authority.”

Bisharat said that after discussing the idea for nearly 25 years, the time has passed for the two-state solution, noting that the number of settlers in the West Bank tripled during those years to more than 460,000 Israelis living in the occupied West Bank.

“There’s no way those settlers are ever going to be moved,” Bisharat said. “Likewise, there is no way to establish a truly sovereign Palestinian state in the remaining territories that are discontiguous.”

Bisharat said the solution is one-state with both sides as equal partners.

“People have to muster the political courage to reach for it, including politicians in the United States,” he said.